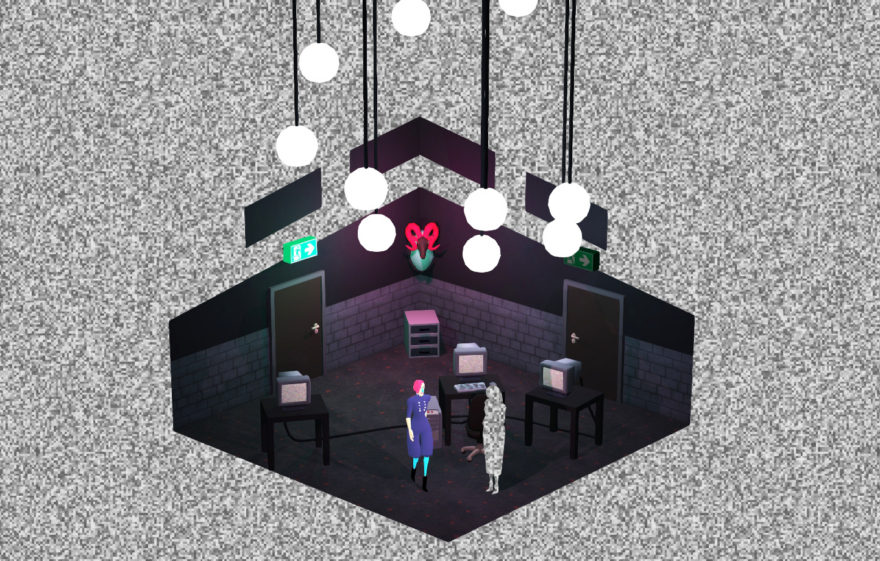 “Being ‘only’ a designer in highly political or economically difficult times feels weird,” Jana Reinhardt, one half of the German game-making team Rat King Entertainment, told me. She feels frustrated and desperate as the world changes in volatile ways around her, and all she can do is design stuff in response. To deal with this, she developed an escapist fantasy, one that involved becoming a shepherd.

That might seem odd, especially given the fact that Reinhardt is aware that being a shepherd is hardly an easy time: “I know it’s pretty hard work, no vacations and also no animal cuteness, as you sell the lambs off for much-too-low prices for butchering,” she said. But the shepherding fantasy that persists in Reinhardt’s mind is separated from the known reality. This is due to the impression of the occupation that she has subscribed to, supplied to her by a couple of specific sources.

One of the origins of the fantasy is the popular Twitter account @herdyshepherd1, which is the personal feed of a British shepherd who often posts idyllic photos while on the job. Seeing this Twitter account also triggered Reinhardt’s fond memories of a shepherd family that lived in her home village. She combined the two to create a compelling alternate reality, exchanging her home office in the middle of the city that she was stuck in for several hours every day, for the bucolic landscapes a shepherd works in and around.

After six years of living in the city, Reinhardt and her programming partner Friedrich Hanisch—the other half of Rat King—moved to Halle in the southern part of Germany. By this time, Reinhardt wanted to make a game based on her shepherding fantasy, and Halle proved to be a good place to feed that desire. “Germany only has two shepherding schools and one of them is coincidentally in Halle,” she told me. “The contests are full of old men. Don’t get me wrong, they are friendly, easy to talk to, but also a bit grumpy/suspicious/elitist—of course you have to prove yourself to be taken serious[ly].”

The game that Reinhardt started making had one of these grumpy old men as its main character as she wanted Halle to directly influence her project. Then, as she spent more time around the local shepherds, she made a new discovery by way of the shepherd’s apprentices. “There is also a new progressive generation who wants to be more open and has a more modern approach [to shepherding],” Reindhardt said. “I met a class full of girls at the event and one of the annual winners was also a girl. That’s why I changed the shepherd character from an old grumpy man to a girl. Which made a lot more sense, because the whole game was supposed to be a personal work.”

At this point, the game Reinhardt was making could have been a “shepherd simulator” or a “romantic walking sim,” but as she worked on it more she realized it wasn’t this that she was most interested in. It was the symbol of “guiding” or “being on your own” that the shepherd embodied that had drawn Reinhardt to the occupation. With this realization, Reinhardt was able to make shepherding more of a metaphor in her game, and it’s this approach that defines the final version of the game.


Called Solitude, Reinhardt’s game has you leave a drab office environment to escape to the countryside. But you don’t do it alone. You take a number of people with you, “social weirdos” according to Reinhardt, and help them to also escape the boring loop of their lives as office workers. You do this by helping them out of paperwork tornadoes, digging them out from the rubble of office equipment, and my favorite, which has you clip trees that have binders for leaves and burn them to comfort a woman shivering with anxiety. Every time you help a person out, they follow you into the next room, turning into a sheep or ram with the transition.

While the metaphor of people turning into sheep could be seen as a critique of how easily they’re influenced (as typified by the term “sheeple”), Reinhardt’s intentions are clearly to encourage the idea of helping to guide people out of oppression and towards liberation; people who need someone to guide them in order to better their lives. Being a shepherd, then, realizes her desire to be able to do more in the current political climate than her role as a designer has allowed her. She wants to help people out but is limited in her capacity to do that by both her job and the fact that she is only one person.

Solitude is Reinhardt’s fantasy brought to life—the main character escapes an office to help others move away from the media that harasses their thoughts, and to leave the loneliness that worsened their condition. With any luck, either Reinhardt or someone who plays her game, can turn that fantasy into a reality.

You can purchase Solitude for $2 over on itch.io. You can also read its development blog (if you can read German).