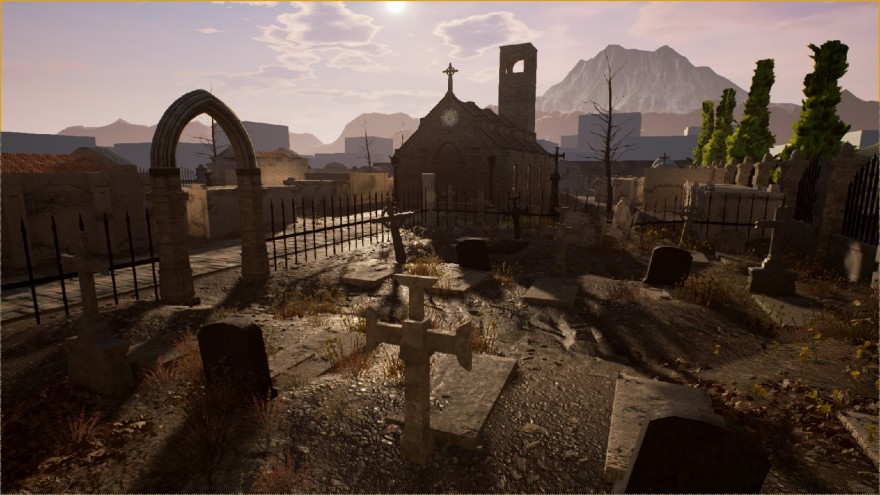 I need more historical games in my life that aren’t pure strategy games or Assassin’s Creed, so when I heard of Somber, a game set during the political turmoil of mid-50s small-town Argentina, I was immediately interested.

That’s primarily because Somber isn’t a game directly about war, which seems like the only thing most historical games are interested in. It’s set in the years following World War 2, and uses the country of Argentina and its recent coup as the backdrop for a rather strange tale: as the residents of a small city called Dale, you and a few friends will be tasked with foiling the plans of a local cult attempting to summon an ancient god.

Characters may be left incapacitated by terrifying events

With only a few screenshots to work with, it’s unclear what form Somber will take. It’s described on Facebook as a “4-player co-op, third-person suspense game,” featuring eight playable characters of varying skills and abilities, and set across a “huge map” with “dynamically generated missions.”

If the slightly gothic tone hinted at by its screenshots wasn’t enough to give it away, Somber may contain some elements of horror as well. Characters may be left incapacitated by terrifying events that have yet to be detailed, or even develop phobias. Too many failures and the morale of your town could decrease, causing townsfolk to flee.

If it sounds similiar to any game so far, it’s Darkest Dungeon, the Lovecraftian roguelike that takes each adventurer’s sanity, fear, and morale into consideration when sending them off to quest in the most hellish regions of the earth.

But in Somber, you’re not in a dungeon and you’re not an adventurer. You’re just a “brave resident” in your hometown of Dale, Argentina, trying to stop an unruly force from taking over. Will the cult simply be a metaphor for something larger in Argentina’s post-WW2 history, or will there actually be some supernatural elements at play in Somber? It’s hard to say yet.

Until we get more information, check out these gorgeous screenshots over on the Unreal Engine forums. Somber is developed by Lost Cause Games, a small independent studio based in Salta, Argentina.