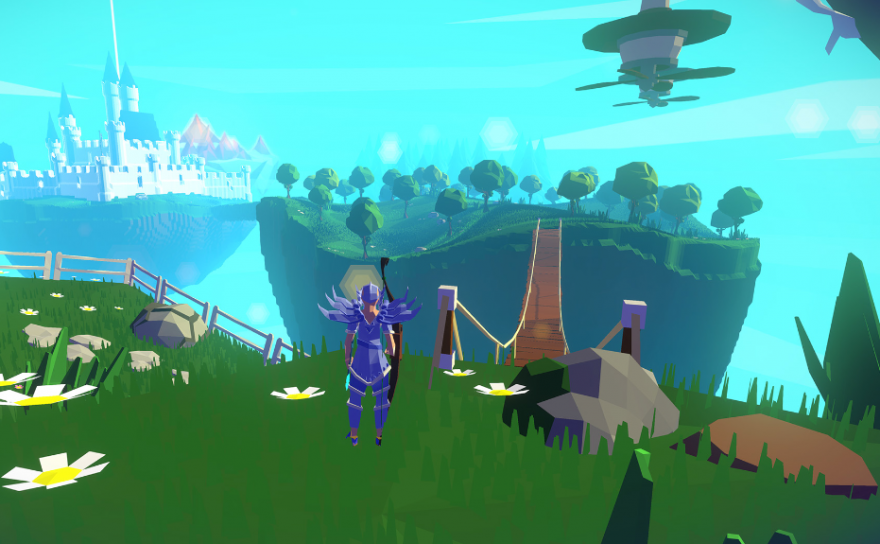 Look, I think No Man’s Sky looks great. I do. But I’m also a bit flabbergasted by it: I have never seen a game capture the popular imagination the way that one has. It comes up unbidden in most casual conversations I have with people about videogames. A big part of this, of course, is potential: there are a lot of sandbox-style games in the world, but few that so aggressively suggest that that sandbox in fact goes on forever. I think another huge part of it, though, is color. We want that world to go on forever; we want to believe that those arrangements of sky and flora and fauna will remain so vibrantly juxtaposed, on and on, forever.

The Parisian game Izle, due out next year, taps into both of those qualities, only with a fantasy veneer. Players hop from procedurally generated island to procedurally generated island, sussing out quests. Success means more and more “terraforming powers,” leading to more islands to explore and modify and conquer. Eventually, just like No Man’s Sky, players will interact with others, but that seems to be a minor part of a much larger universe.

And, most importantly, it’s colorful but confident, at least in its early screens. Check’em out below, or over on the team’s website.