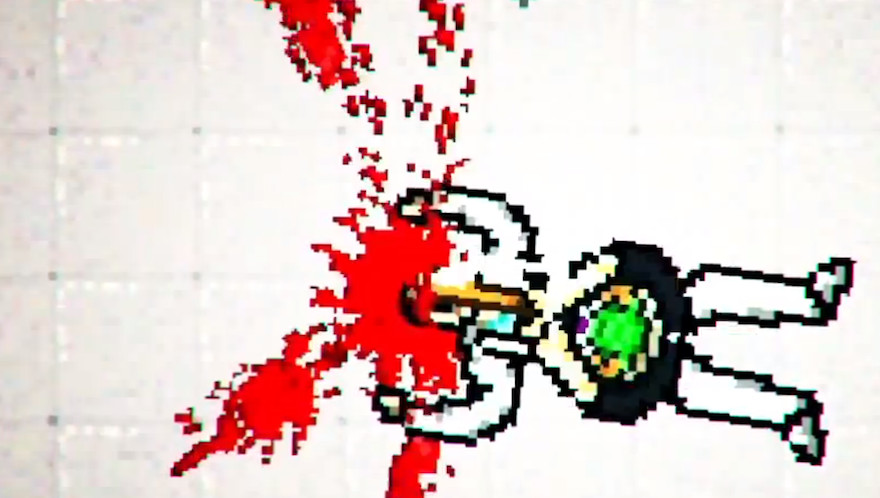 And that is something of an achievement. The highly praised 2012 original was a visceral bloodbath, complete with Al Capone poetic justice and almost problematically satisfying baseball-bat beat-downs.

But judging from the new trailer, Hotline Miami 2 is upping the ante in the brutality department, as evidenced by the legions of goons getting shot, blood-smeared bathroom tile, a chainsaw scene(!!!), and a 2-second clip of a guy in a white tux having his face bashed in with a baseball bat. Pixels alone save this from fire extinguisher scene in Irreversible level of savagery.

One of the talking points of the first game was how it asked players to commit violence in order to make them feel shocked about committing violence. Looks like they’re not taking their foot off the gas pedal.