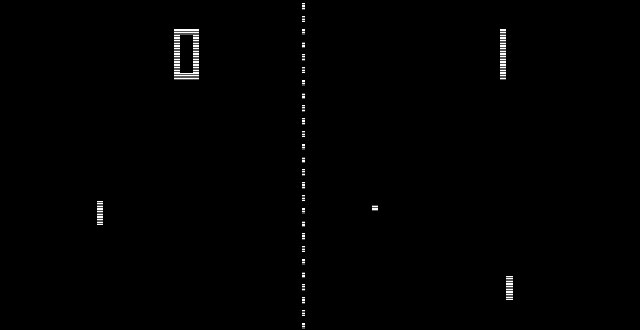 The Brick Theater is wrapping up a month-long series of performances as part of its Game Play 2011 series, which highlights work concerning or using videogames. This may mark the moment that the shared cultural experience of growing up with videogames has finally reached its critical mass.

And while videogame geeks can’t quite call John DeVore their own (he’s a self proclaimed “hater”), Son of Pong places our beloved medium in a context of cultural history, further proof that videogames’ widespread influence is here to stay.

Son of Pong is a one-man performance written and performed by DeVore. DeVore recounts his relationship to videogames, first established by his father, an avid Zelda fanatic. The dialogue is funny, smart, and touching. You can tell the guy is really pouring his heart out on stage, and has worked through some serious shit in his time. Throughout his own existential crises, DeVore returns to quintessential images of his father, leaning back in a fold-out chair, playing Atari and NES in the basement of their Texas home.

Rants, raves, quips, and a little slam-poet style build up DeVore struggling to deal with his father’s death and his own mortality. Old arcade classics like Robotron: 2084 and Pac-Man fill the backdrop as DeVore tells us why videogames are worthless and frustrating.

If a literature geek with too much interest in existentialism wanted to make an allegory about videogames, and managed to do a good job, this would be it. Take that for what it is. There are times when DeVore is too heavy-handed. As someone who has devoted years to replaying Chrono Trigger, I don’t need someone telling me that videogames are simple, life is complicated, and that I yearn for simplicity.

What makes Son of Pong successful is how raw and personal that revelation is. DeVore’s personage begins as an antagonist (frankly, a dick) incapable of empathy. Fighting his father, fighting his own existential crises, and understanding videogames and part of their allure doesn’t make life simpler for him, but it certainly makes it more humane.