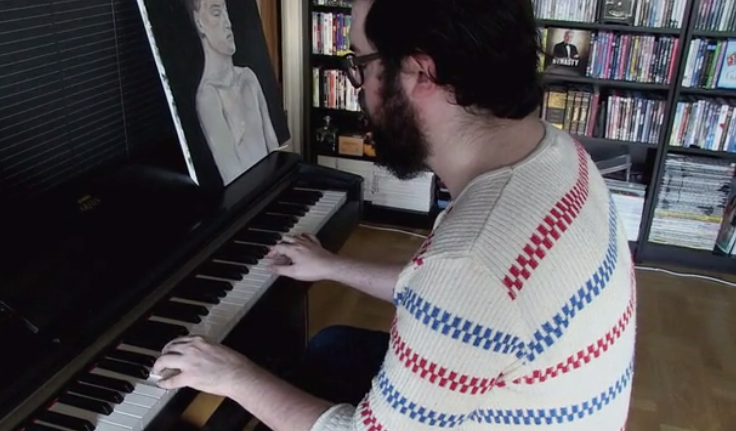 Now in the middle of a Kickstarter campaign, it’s basically the saddest game imaginable, a papercraft point-and-clicker with a hangdog piano soundtrack about the most doleful topic imaginable: parents who accidentally killed their kids. It’s also all really pretty and made by hand and folded from paper.

There have been games that tug at the heartstring, sure. But this is desolation row. Does the abundance of depression make A Song for Viggo a hard sell? “Yeah of course, I should trash this game and make a game about cute bunnies jumping. It’s not a game for everyone. I showcased it at a museum in Paris. People were like, ‘I came here to have fun, I’m going,’” Simon Karisson tells me, looking very much how he looks in the Kickstarter video: big-bearded, unkempt hair, somber. He goes on to question why games are expected to be fun while other mediums lend themselves to more dolorous topics.

“I don’t want to be that ‘I’m so special guy,’” he says when I ask him why he’d ruminate on sadness. “I don’t like to hurt myself with in anxiety, but I do like to be affected.”

Check out his Kickstarter pitch below.