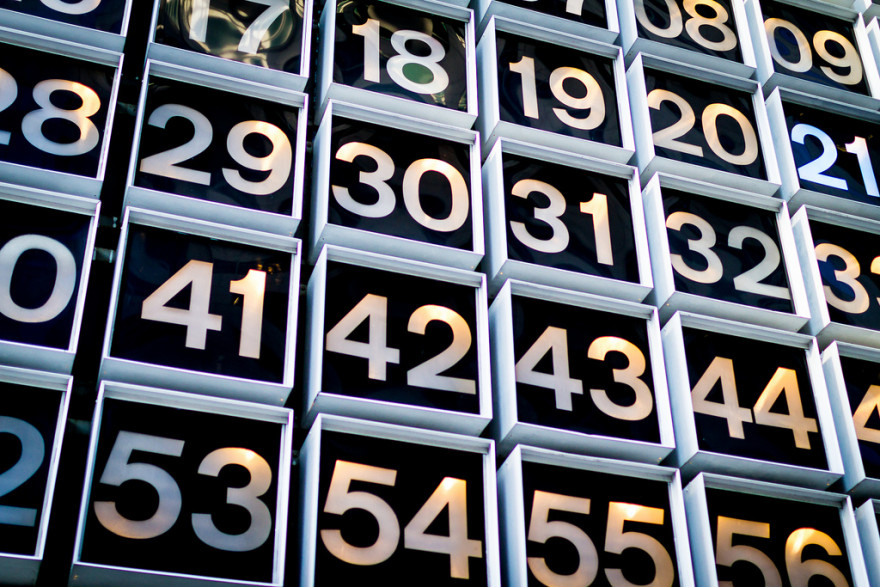 Sony officially revealed their next home console in a press conference held in New York City on Wednesday, February 20th, nearly one week after Valentine’s Day. Cupid’s arrow must have snuck in among the usual array of automatic weaponry on display, because there was love in the air: A deep, penetrating, noxious lust for numbers.

When did math become so important to making beautiful, challenging, exuberant works of interactive art?

If you’ve been following along, the answer to this question is: 1989. The TurboGrafx-16 released on August 29th of that year in America, and with it came the first shot in the Bit Wars. The dominant platform, the Nintendo Entertainment System, was known to be 8-bit, whereas NEC’s TurboGrafx laid claim to sixteen big ones. What this means to a ten-year old kid or his or her 30-year-old parent is abstract and unknowable.

But there’s a certain power that comes with the clean break between numerals. Nine is larger than Eight. A machine purported to be 16-bit must be twice as good as its feeble, 8-bit counterpart. This was the conventional wisdom. Forget that the TurboGrafx-16’s actual CPU was 8-bit, the same as the NES. (The name came from its 16-bit graphics chip.) The number was a talisman, so much so that it only appears in the American version of the system. The original machine, known as the PC-Engine, came out two years prior in Japan.

And so the next decade brought with it endless comparisons of bits and bytes, processor speeds and colors displayed. Sega introduced its 16-bit system the Genesis the same month as NEC’s TurboGrafx, the magic phrase “16-BIT” emblazoned on the top of the hardware itself. Their infamous add-on, the 32X, allegedly amped up the power to such a degree that better, smoother, faster games were possible. It failed.

When did math become so important to making beautiful, challenging, exuberant works of interactive art?

Nintendo, after losing ground and momentum with their own 16-bit machine, came back with another display of numerology, calling their new system simply the Nintendo 64. Sixty-Four Bits of Power! Though beloved by many and home to many classics, that “64” wasn’t enough. Other numbers were becoming more important: namely, the 650 megabytes of storage capacity on Sony’s PlayStation CD-ROM games.

With Sega’s Dreamcast releasing in 1999, the decade of escalation had reached its breaking point: 128-bit graphics engine! 16.78 million colors! Alas, another number was its downfall: The announcement of the PlayStation 2 quelled Sega’s momentum with what had been a successful early launch; when Sony released their new system in 2000, the perceived focus on what would make the best game machine was no longer numbers but, for the next decade or so, letters:  DVD playback,  Xbox Live (Microsoft’s online service for their inaugural system), HD graphics, the phenomenon of Wii.

With Sony’s PlayStation 4, we return to the vague glories of numerical chest-slapping. Mark Cerny, creator of arcade gem Marble Madness and lead system architect on Sony’s new platform, touted such benchmarks as a graphics chip “containing a unified array of 18 compute units, which collectively generate 1.84 Teraflops of processing power that can freely be applied to graphics, simulation tasks, or some mixture of the two.” And that’s not all. The system is designed around “eight x86-64 cores.”

I don’t mean to sound flippant.  Cerny made sure to tell us they sought out advice from developers to find out what was wanted in their next system. And such numbers do mean a great deal to those with the tools to use them.

The number was a talisman.

But to me, sitting at home, watching a reveal advertised widely as an introduction to the future of games entertainment, they mean very little. And the fact Sony feels compelled to tout a list of specifications for why any of us should care speaks to a concerning philosophy.

Eventually, games were shown, and features with real-world impact were discussed. But those numbers kept sneaking their way into the conversation. David Cage, head of the studio behind Heavy Rain and the upcoming Beyond: Two Souls, showcased an especially alarming graph, listing the number of polygons each of their first four games used for character models. 2001’s Omikron used 300 polygons. This year’s Beyond will use 30,000. That’s one hundred times as many polygons! Which tells us, well, very little.

In the first of many demonstrations to tease the PS4’s unbridled horsepower, Cerny showed off a brief scene of one million objects dropping from the sky, bouncing around an environment in real-time. If Sony’s ambitions are to be believed, the future is this: a multitude of blue balls falling on our heads.