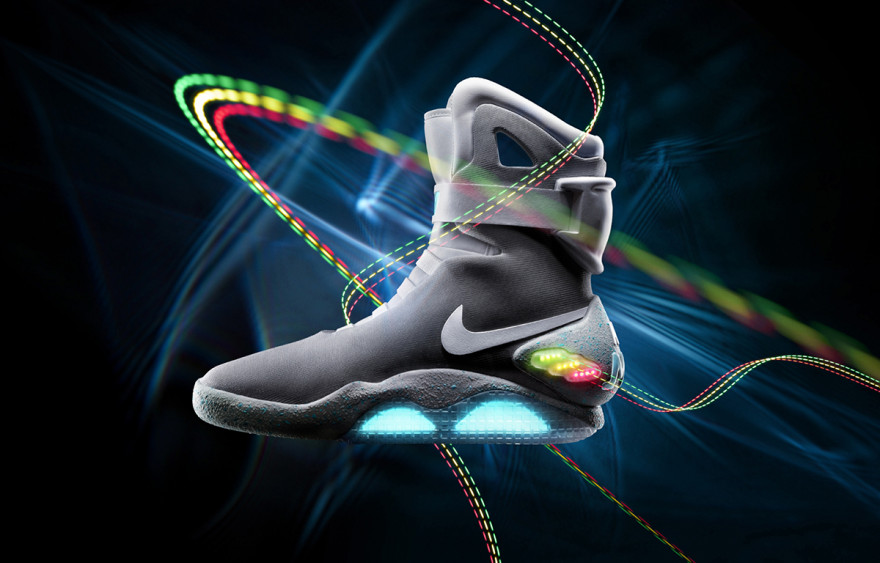 Marty McFly was first shown the Nike Air MAG trainer on September 8, 2015 in Back to the Future II, a future where shoes have LEDs and tied themselves. It turns out that the film wasn’t so far off the mark.

Back in 2011, Nike auctioned off 1,500 pairs of the shoes—LEDs and everything. In the after-market, the kicks went for thousands of dollars, but, thankfully, designer Tinker Hatfield has an update for seekers of the futuristic footwear. Hatfield took to the stage at the Agenda Emerge creative and brand-building conference in Long Beach, California, to announce that sometime in 2015, we’ll all have our LED-illuminated shoes.

He did, however, clarify that we have “11 and two-thirds months left in 2015,” so there is no clear-cut release date yet, unless that scene from Back to the Future II comes full circle.

The patent for the lacing system was first spotted back in 2010, although the design has changed. The shoes have once again lost the “Air” moniker, as, with the 2011 design, there is no room for the Air cushions. Instead, other than the Power Laces, there is a weight sensor. The weight sensor is a noteworthy addition. Perhaps, hoaxes like HUVr aside, our near-future includes the hoverboards to match the self-tying kicks.