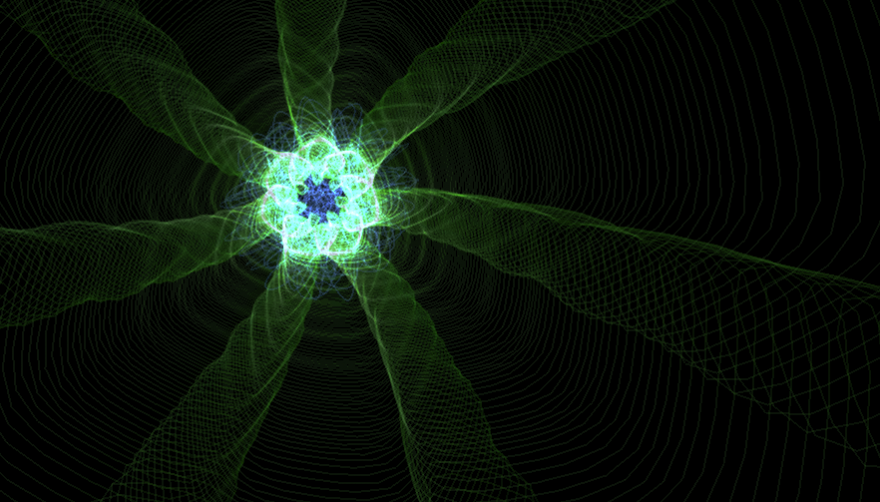 SoundSelf is a game like none other: a tantric, psychedelic, Zen-like, trancelike, hypnotic, and hyperreal experience of being one with algorithms, and, yeah, the universe. When I played it, or rather chanted to it, a year ago in San Francisco, I found it a completely engrossing and soothing experience. But the project has come a long way since then. According to a far out interview with its dev Robin Arnott, the shifty, amorphous mandala sim is almost gaining consciousness. Just take that with a grain of salt because in the same interview he talks about being inspired by taking acid in the desert:

I’d recently had a powerful LSD trip at Burning Man. I was in this structure (reOnion) with complex kaleidoscopic shapes projected on the walls, and a beautiful droning soundtrack. I began chanting, and just as I did that, the structure filled with choral voices. I felt a physical bond with those voices — like I’d caused them, like I was them. I felt the boundary of my self expand to include them, and to include the structure, and to include the festival, expanding outward infinitely. I was everything and everything was me.

You might be familiar with Arnott through his previous project Deep Sea, a sound game which involved strapping on a rather horrifying mask and hyperventilating as you’re deprived of vision. When I talked to Robin many moons ago as a freelancer for Gamasutra, after Deep Sea but before SoundSelf’s conceptualization, he told me something similar: he was working towards inverting the terror of sensory deprivation to turn it into an euphoric experience. And it looks like he’s done it. He says:

In many ways, SoundSelf has been a working exploration of my relationship with the universe and the nature of mind… There’s this wonderful history of meditation technologies — from the mandala to the group-om to the modern day sense deprivation chamber — external tools for internal exploration. I think SoundSelf is very much a part of that history.

SoundSelf is still in alpha, but you can get a jump on the path to videogame enlightenment by reading more from the interview over at Gamasutra.