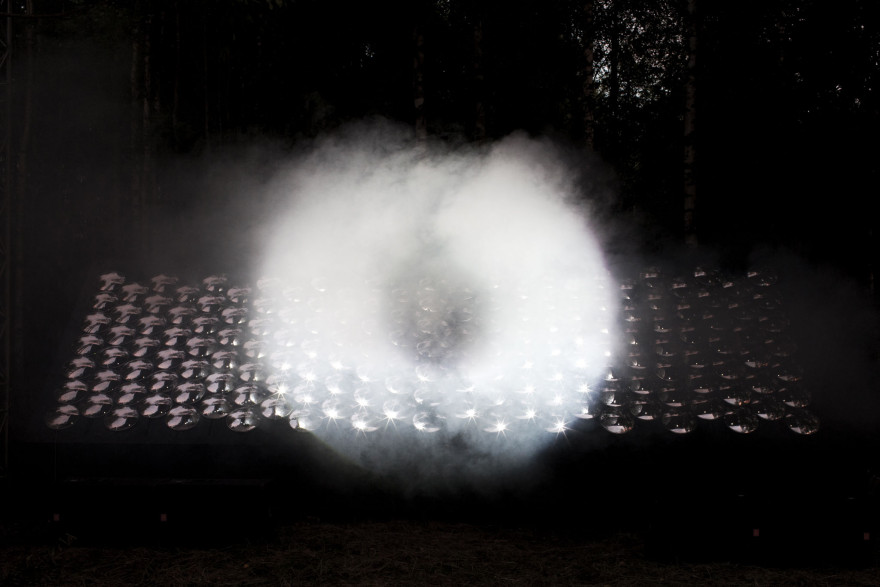 South Korean duo Kimchi and Chips have been obsessed with light as of late. Their earlier project, Lunar Surface, used long exposure photography and projection to create a shimmering “moon from another reality.”

For this year’s New Media Night Festival in Lithuania, the two created strange ghosts of light with millions of calibrated beams. The work is called Light Barrier and was inspired by a deep interest in the natural lighting techniques that impressionist painters used. “Brush strokes become descriptive like code, detailing reality and allying light with canvas,” they write.

Kimchi and Chips was founded in 2009 by Elliot Woods and Mimi Son to “create an emulsion of imagined reality within our physical world, in order to develop natural interactions between people, nature and the possibilities of the digital network.” Woods hails from Manchester and curates the Screen Lab residency; Son studied Interaction Design at Copenhagen Institute of Interaction Design. 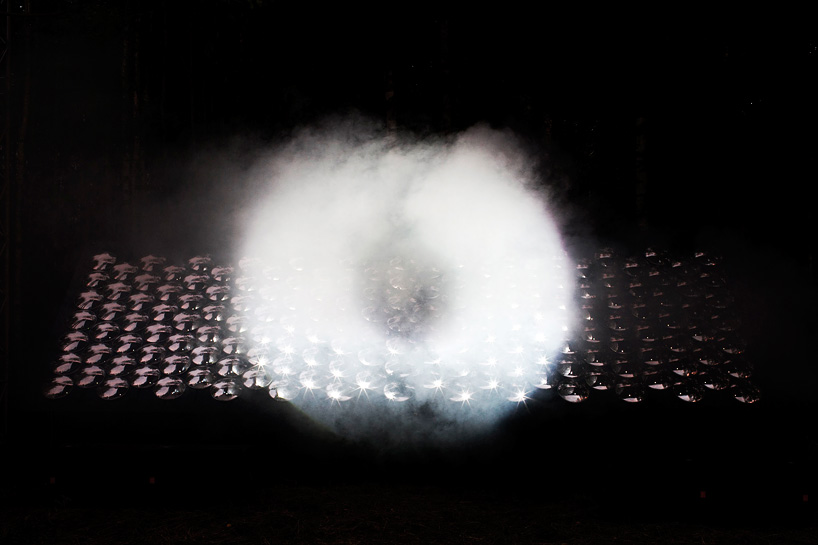 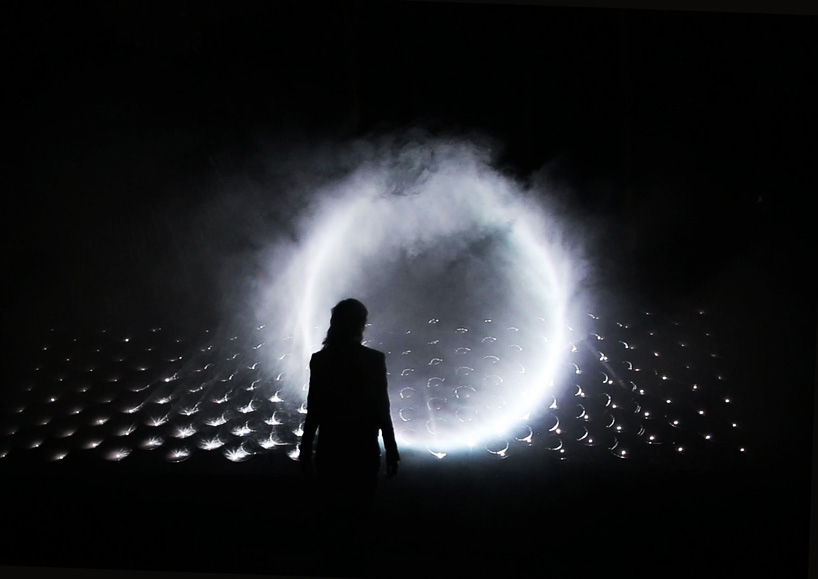 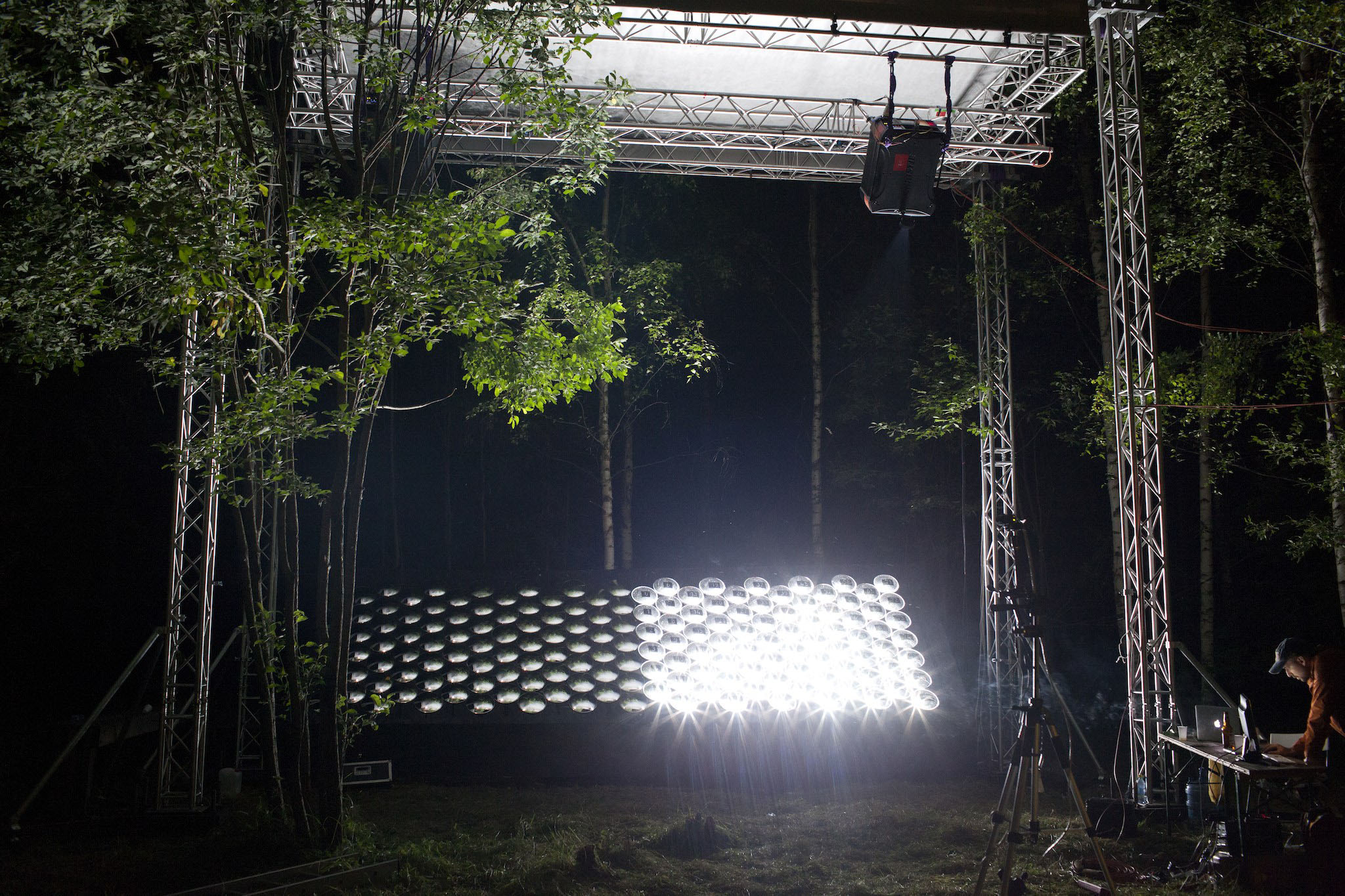