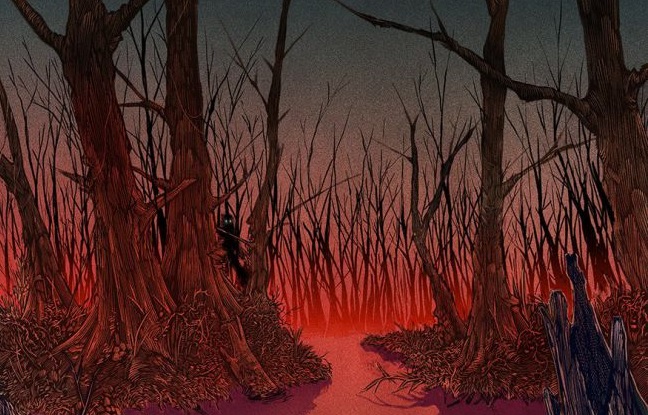 The southern forests of the United States are filled with stories of strange creatures. Tales of monsters. Things that look like a man, but too big and covered in too much hair to be a man. For some, the idea of these creatures draws them to search for these monsters. They explore the thick woods, looking for anything that will finally prove what they believe. And if they don’t find it—and they usually don’t—they go back out and keep hunting.

But for the main character of Southern Monsters this isn’t an option. The character you’ll play as in this narrative driven game is disabled. He spends most of his day behind the glow of a computer screen. He searches the web for monsters, living vicariously through those out in the world. “Cripplefoot shares my disability,” explains Kevin Snow, writer and creator of Southern Monsters. “A jacked up leg that requires a cane to minimize the pain of walking.” Both Snow and Cripplefoot also grew up and continue to live in the South. 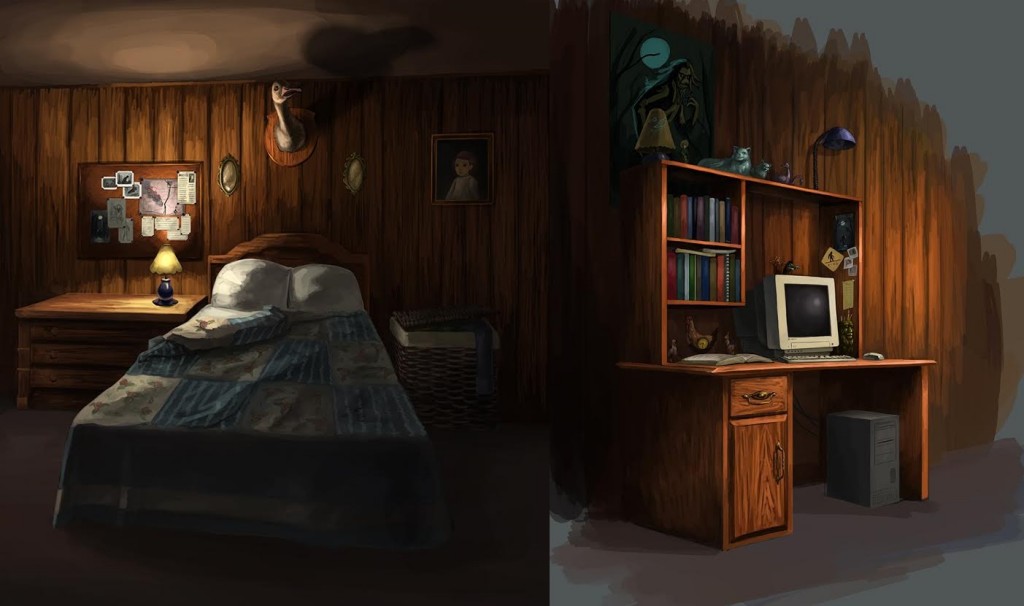 “Cripplefoot grew up in the town that The Legend of Boggy Creek (1972) was filmed in,” Snow says. “He grew up going to these local monster conventions with his mom, living in this town with one claim to fame.” Living in that town is what made Cripplefoot (which isn’t the character’s real name, but his forum handle) so interested in monsters. But because the character is disabled he is trapped in his room. Unable to go out and look for them. So he uses cryptozoology forums to satiate his curiosity of monsters.

“I’m sure many people will have negative reactions”

What specifically drove Snow to make Southern Monsters was the “frustration” they had due to being treated as a disabled person. “I had a rough year.” says Snow. “Unsuccessful surgery, bureaucratic nonsense, unemployment because I couldn’t stand for more than 15 minutes.” The game became an outlet; a way to explain how they felt.

Writing a character like Cripplefoot isn’t easy—even if it’s one based on the writer’s personal experiences. The name alone might cause some to get upset. “I’m sure many people will have negative reactions,” Snow admits. “I call myself a cripple because it’s an aspect of my identity I’ve become comfortable with, but I wouldn’t use that word around another disabled person I don’t know.” Snow says that writing a character like Cripplefoot involves a lot of “soul-searching,” and they’re listening to people to make sure the story in Southern Monsters is nuanced and not hurtful.

Some of the people Snow is listening to include those who believe in cryptids. In the past few months Snow has started going to cryptozoology conventions and joined cryptid forums. “As an ‘outsider’ (I don’t believe in cryptids), I don’t want to exploit these people, even if I might poke a little fun at them in the game. I’ve met a lot of sweet folks, and made good friends,” Snow says.

The reason these people believe in monsters is varied. Snow has met people who love the outdoors and exploring them. Others seem more skeptical, but not of the monsters. “[Some of them] are intensely skeptical of academia, or the idea a scientist knows the wilderness better than them.” Whatever the reason for their belief they all continue to search the forests of the South, hunting for monsters.

Southern Monsters is currently being developed and will be released on PC later this year. You can check out its website for more information.