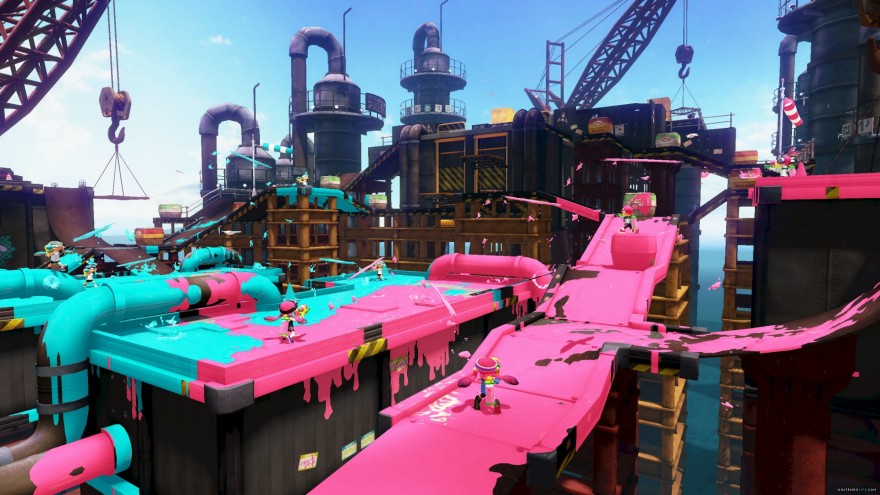 If we’re actually postmodern, the main way we think about art is pastiche. Fredric Jameson put this rather famously in his despondent diagnosis of our so-called “postmodern condition,” Postmodernism: Or, the Cultural Logic of Late Capitalism.

What do we mean by pastiche? It’s that fuzzy juncture where collage, imitation, bricolage, and parody meet. Think about it this way: We have decadent media diets, so everything we receive and everything we create gets filtered through and built with pieces of our unnumbered old readings, watchings, listenings. How do you describe a new game to a friend? With other games. There are the easy ones: “It’s like every other Assassin’s Creed, but in Victorian England.” Or, for the more challenging ones, we have recourse to similes: “It’s like a first-person Civ V with a soundtrack like Mega-Man 2 but drawn in the cel-shaded style of Windwaker.” (To my knowledge, this does not actually describe any game, though, if it did, I would play it immediately.)

How do you describe a new game to a friend?

All this to say that, when an oddity like Splatoon comes into the world and defiantly refuses to settle into genre conventions, we start out trying to understand it as pastiche. I’m going to begin this review by doing just that. But then I want to suggest that this approach is unfair at best, and, at worst, abridges our understanding of the game. What do we lose when we see new work not as free-standing, but as a set of dependencies, never more than the sum of an unlikely set of parts? Splatoon is an object-lesson in answering that question.

So, what is Splatoon? You might start off by telling your friend, “It’s a third-person action game where you run around, take cover, and shoot stuff,” implying Gears of War, Spec Ops: The Line, or Resident Evil 5 as touchstones. But then you think about it for a second: “It’s not exactly a shooter in that hot-lead-and-chainsaw-guns sense—you’re shooting paint. And you don’t even run that much; you spend a lot of time swimming through ink as a squid, which, I guess, mechanically, is like sprinting with a piece of cover or an invisibility cloak or a Crysis suit, though not quite any of those.” And then it gets more complicated since, more often than not, you’re not shooting to kill (though you do occasionally pop other characters back to a respawn point): You’re shooting to control territory. But it’s not even the Team Fortress 2 or Halo-style capture the flag territory you wrangle by standing in a special spot until a timer pops. Instead, you point out to your friend that it’s like de Blob (“Did you play de Blob?”): You try to paint over as much of the ground as you can, but “I guess actually that’s only in multiplayer—the campaign’s totally different—and, strategically, I mean, it’s the outcome of a whole different set of decisions. Now that I think about it, the single-player has a lot more light puzzle elements, kind of like Metroid Prime, but, yeah, it’s third-person, so it’s not quite the same.” Here, your friend toes the ground and nods patiently.

Visually, Splatoon makes use of an ardently, earnestly ‘90s Gak aesthetic, while kneading in a strange mix of Space Channel 5 and Super Mario Galaxy. (“And squids. Did I mention that you’re humanoid but also a squid?”) Tonally, it’s campy and overwrought: it feels like you’re reading chat transcripts between Mr. Orange from Okami, Lissa’s most unselfconsciously kawaii moments in Fire Emblem Awakening, and Donatello and Leonardo’s verbal alley-oops from Teenage Mutant Ninja Turtles (“Only imagine if you replace all those turtle puns with squid puns, and instead of ‘cowabunga’ you just say ‘chill’ all the time.”) Then you just frankenstein all this together around an old-school stolen princess-type videogame ur-narrative, and voila: Splatoon.

Then comes the moment when you learn how long ago your friend stopped paying attention: “Cool,” they say.

adamantly none of those things individually, nor the sum of their parts

Here we see the problem with pastiche: There’s almost no one for whom this description makes good sense except the person explaining it. And, even if someone happened to have had or seen or played all of the things I just clumped together to try to paint (sorry) a picture of Splatoon, it wouldn’t even get close because Splatoon is also adamantly none of those things individually, nor the sum of their parts.

The reason why I’ve developed such an immense respect for Splatoon is that it’s a huge risk that scarcely comes off as risky. It works with numerous different gameplay vocabularies and assumptions—all those I name-checked above and more—yet brings them together in a way that makes you feel good about being thrown off-balance. We might be able to see it as a pastiche of gameplay conventions (in the same way that everything written after, say, The Epic of Gilgamesh is also a pastiche of past forms), but I think that’s too reductive.

Instead of pastiche, I want to propose a new direction: The sample is probably the best metaphor we have for borrowing directly from the old in order to make the new. Think about Jazz Rap: You take an Art Blakey sample in 5/4, shoehorn it into 4/4,  slap a disco beat behind it, and put Q-Tip on the mic. It’s not jazz. It’s not funk. It’s not disco. It’s not rap. “Jazz Rap” really even comes up short on acknowledging the form’s debts. That’s the kind of work Splatoon is doing: borrowing ingredients from numerous different recipes, throwing them into a pot together, and stirring until they stop feeling like separate ideas and begin to become unitary.

Splatoon, then, makes me optimistic about what games can do not with pastiche or duplication-as-serialization, but with sampling. We don’t have a genre convention to slot Splatoon into, and that’s a rare and wonderful thing.