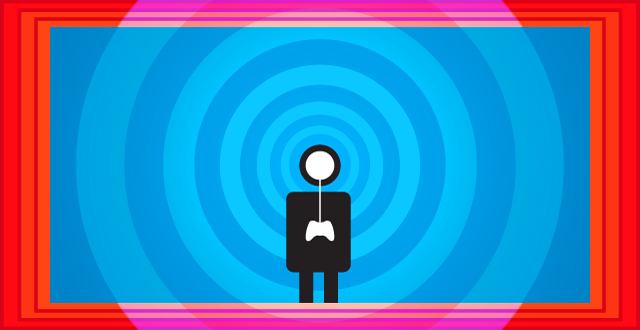 “These walls are funny. First you hate them. Then you get used to them. Enough time passes, you get so you depend on them.” — Red, The Shawshank Redemption

The Shawshank Redemption isn’t a film about a prison break. It is a film about living within walls: walls we are happy to live within and walls we need to escape. Everybody in the film finds their life shaped by walls, be they the literal walls of prisons, the oceans and barbed-wire fences of national borders, the personal fears and anxieties of the mind, the necessity of taxes, or the fragile flesh of the human body. These walls don’t merely confine the characters; they define them. Within the walls they are somebody; without them they are nobody.

Such was the case for inmate Brooks Hatlen. After decades in confinement, Brooks had no idea what to do with himself once he was freed. He couldn’t handle the unrestricted freedom. Without the grounding of the prison walls he didn’t know who he was or where he fit. He hung himself from the ceiling of his halfway house.

Protagonist Andy Dufresne was an up-and-coming accountant before being imprisoned for the murder of his wife and her lover. By helping the guards with their tax returns and eventually assisting the warden to launder government kickbacks, Andy lived a more comfortable life than most of his fellow inmates. He was assigned to the prison library, protected from the inmate gangs, and ultimately able to determine his life within Shawshank Prison’s walls. Andy wasn’t “free” by any account, but his life had meaning in the way he chose to act within his walls.

To master a game is, in part, to be mastered by it. The pleasure of videogaming is as much about being controlled as it is about being in control.

At the crux of this tension is the playable character with whom we coexist. Playable characters have always stood as a middleman between players and the worlds of videogames, but have long been subsumed into an all-encompassing “you.” In Uncharted YOU are Nathan Drake; in Deus Ex YOU are J.C. Denton; in Pac-Man YOU are Pac-Man.

On one hand, this is understandable. It’s this kind of immersion that videogames and players alike strive for. If you are playing Space Invaders, it would not be strange to answer the question “What are you doing?” with “I am shooting aliens.” This isn’t strange, because we willingly choose to believe we are the playable character that we controlling. Intellectually, we know we are still sitting in a chair, holding a controller or typing on a keyboard; yet we interact with the character’s world not as we would, but as we think they would. As such, we rarely stop and acknowledge that the playable character isn’t us; that it is constricting us as much as it is setting us free. There is nothing wrong with talking about “you” when we talk about the hybrid beast of player and character, but we need to understand what it is we are saying.

Take Alcatraz, the fittingly named playable character in Crytek’s first-person shooter Crysis 2. At the beginning of the game, his marine squad is all but destroyed by the alien forces invading New York, and he is left floating half-conscious in Upper Bay between a crumbling Financial District and a burning Statue of Liberty. By the time he is found, Alcatraz is as good as dead. His fragile human body can’t cope with the trauma dealt to it. But Alcatraz is saved by being put inside the nanosuit—a bioengineered suit that melds with Alcatraz’s flesh, granting him superhuman strength and giving his body the power it needs to stay alive. For Alcatraz, to leave the suit is to die. Never again will he interact with his world without the nanosuit mediating his actions.

Alcatraz isn’t the suit, but neither can he be separated from the suit. He controls it, yet he is dependent on it. How Alcatraz acts in relation to his surroundings will forever be shaped by what he can and cannot do in the nanosuit.

Joining the playable character in a game is what makes the game meaningful. As Andy says towards the end of The Shawshank Redemption: “I had to come to prison to be a crook.” But playable characters are not simply masks that we slip on. Thus the best are not those that sit passively and silently to the side and let the player take over, but those that constantly remind us they are there.

Movement in Crysis 2 is heavy and sluggish, like the grinding of bone and muscle, not the movement of a camera floating in mid-air.

Crysis 2 does this bodily, by constantly reminding us of Alcatraz’s physical existence in the world and our position inside of it. Movement in Crysis 2 is heavy and sluggish, like the grinding of bone and muscle, not the movement of a camera floating in mid-air. Alcatraz’s heavy footsteps reverberate up from the asphalt of Manhattan and through the controller in our hand. The displays of health and ammo in the screen’s corners are slightly curved, as though projected onto Alcatraz’s actual visor. Crysis 2 constantly reminds us of Alcatraz’s existence in the world and of our existence in Alcatraz: what he can’t do, and what he can do.

Which is what makes simply acting in Crysis 2 so enjoyable—not because of scriptwriting, but because simply doing stuff feels so good. When you kick a New York cab down the street, you didn’t just press a button that made the cab move; you used Alcatraz’s superhuman strength to kick a car down the street.

The videogame player is Andy Dufresne. Trapped within walls not of our making, we must become someone else to make sense of the world and to find meaning for our actions. This is where we find true player agency: not in freedom to do whatever we want—to demolish all walls—but to have a meaningful existence within the confines of the playable character.

Freedom and restriction. Players and characters. These are the two interconnected relationships that this column takes as its focus. Our “agency” in a videogame is merely the shape and strength of our confinement. Be it Nathan Drake, the personally customized and silent character of an Elder Scrolls game, the content and smiling miner of Minecraft, the never-seen mayor of SimCity, or the paddle of Pong, the playable character is always there, always having a say in our game, and it is about time it is heard.

Brendan Keogh is a graduate student in media studies at the University of Queensland and can be found at critdamage.blogspot.com. Illustration by Daniel Purvis