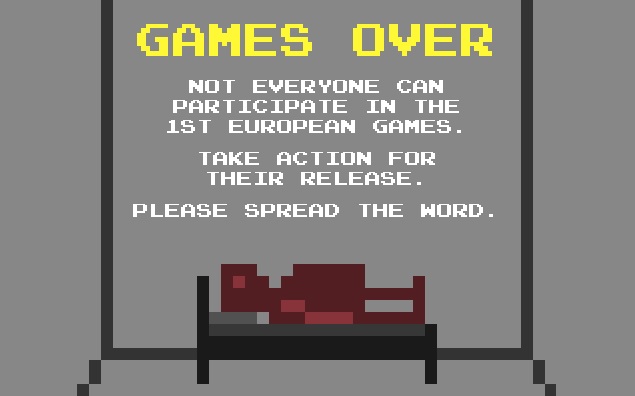 Today marks the opening ceremony of the inaugural European Games, taking place in the city of Baku, Azerbaijan. To better the country’s international reputation, President Ilham Aliye utilized the full extent of the law, press, and BP Oil money to ensure that it would go smoothly. If you look on the official website, you’ll see the event described as “magical” in two separate articles. Evidently, the autocratic government is so ecstatic to be hosting the Olympics-inspired games, that they won’t let a couple hundred niggling charges of human rights violations spoil everyone’s fun.

In the months leading up to the games, several hundred activists, journalists, and lawyers found themselves detained, deported, and/or banned for simply questioning the practices surrounding the organization of Baku 2015. From Azerbaijani journalist Khadija Ismayilova to British activist Emma Hughes, neither citizen nor foreign press were safe. Even Amnesty International wound up getting banned, begging the important question: people can just ban Amnesty International?

Over six hundred athletes from fifty different countries are set to compete in Baku 2015, in categories ranging from high jump to wrestling. But none of those facts really matter. The only fact that does matter is that hundreds of basic human rights are being violated in the name of a competitive sporting event. While tourists and Azerbaijani citizens alike gather to witness the first ever European Games, some of the country’s most passionate and involved patriots are being left to rot in cells on trumped up charges of treason.

To communicate the severity of the situation to the world, the Agence Babel in Paris turned to videogames. And after creative leads Romain Grange and Kamel Makhloufi hired Pippin Barr to create said videogame, the creator quickly released REAL BAKU 2015. The game allows players to pick from the three different types of victims being robbed of their basic human freedoms. Afterward, players choose from a wide range of athletic games to participate in, only to then be expected to excel at their chosen activity from the confines of their prison cell. 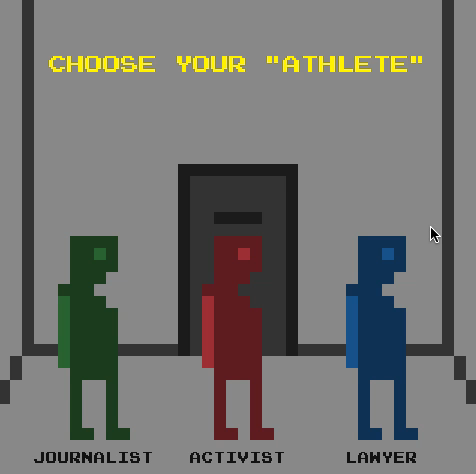 The lonely wrestler punches thin air, as a harsh ping noise counts each throw. A high jumper stands on the bed, bending her knees carefully before lightly extending only to float centimeters above the mattress. It’s both an ironic and uncomfortable juxtaposition, contrasting the liveliness of a sporting spectacle with the oppressiveness of a prison cell.

With little to no access to the outside world, the prisoners are not only robbed of their freedom but also robbed of the right to tell their own story. Recently, investigative journalist and Baku 2015 detainee Khadija Ismayilova shared what the experience was like to the New York Times. He states that:

“The eyes of the world are on my country, my beloved Azerbaijan, as it hosts the inaugural European Games […] But I will not see the games. I don’t know what the weather is like or how bad the Baku traffic is. I have access to very little information of any kind. I am sitting in my cell in the Kurdakhani prison —my home for the past six months.”

The horrors and isolation of incarceration can never be fully communicated—not even by an interactive medium. But if Barr’s game can recreate even an ounce of how senseless it must feel to go through an ordeal like this, I consider myself significantly enriched. REAL BAKU 2015 not only captures the ridiculousness of the situation, but also finally attaches the futility of empty videogame rewards to a story worth telling.

You can play REAL BAKU 2015 on your browser for free. Be sure to add your voice to the petition at the bottom of the page and demand justice for the victims still suffering through incarceration.