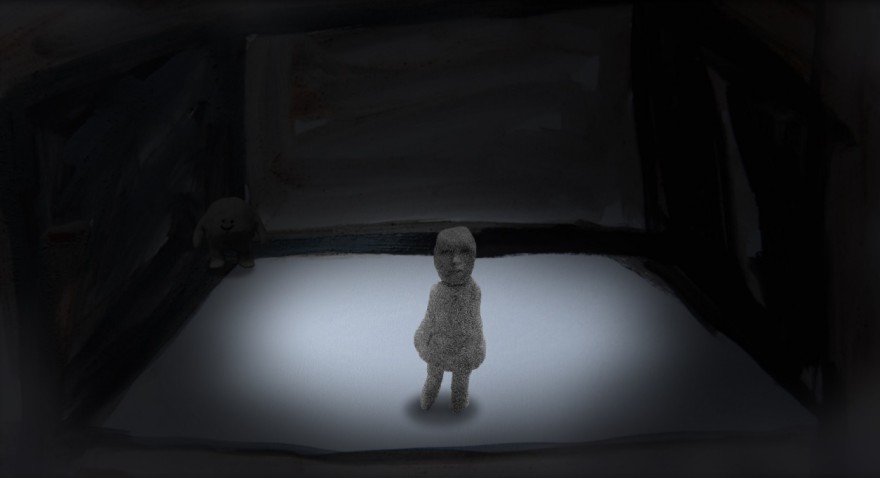 Videogames are increasingly becoming a space of performance. Last week, during the “Awesome Games Done Quick” livestreaming marathon, I watched as a guy playing Tetris masterfully placed colorless blocks at a speed my brain couldn’t register.

It’s not just skill that is performed either. There are orchestras that play videogame soundtracks to live audiences. Unpredictable game glitches have been turned into dramatic musical numbers. And Façade had us explore the possibilities of a one act interactive drama with two AI actors. We’re also seeing more games that ask us to perform with our bodies, such as the two-person dancing twists and twirls of Bounden, and nearly every virtual reality project out there.

The Stage isn’t for Jack alone, it’s meant for collaboration

Despite all of this ground being made, Jack King-Spooner’s vignette project The Stage, seems to be yet another type of performance that is only now finding its feet within videogames. It was born of his admiration of performance art—gleaned from his time spent studying alongside performance artists, actors, and writers—and wanting to bring that “more explicitly” into his multimedia work.

As such, The Stage isn’t for Jack alone, it’s meant for collaboration, for other people to step up to and offer a performance. He mostly plays the role of a ringmaster. In Jack’s words, it’s “similar to a soapbox in a way, and if someone has something to say, well they can go ahead and say it on The Stage.”

Before reaching out to people to work with, Jack had to establish what The Stage was, and how it could be used. He did this through making examples. “This first week has been about looking at the different forms the interactions can take, the first being Tamil Singer, to show how a musician might show their work,” he told me. “Others [demonstrate] how a writer might show their work, etc.”

In other words, he established the working format: a single scene (the stage), a 1280×720 resolution, and a performance that runs no longer than two minutes. The idea being to encourage “fast production, open hearts, aspiring to purer ideas, freedom of expression, expression that isn’t bound by needing to please,” he told me.

symbolic opposite to the multi-million dollar videogame industry.

To Jack, this is what the stage is all about. It’s the symbolic opposite to the multi-million dollar videogame industry. The stage is raw, mistakes can happen, will happen, and are part of the show. This is why, as he told me, The Stage is “not a project about finished products but more about process.”

Importantly, the distinction that The Stage makes from other types of game performance is that the centerpiece is not the player, but is instead each artist that shaped it. Crucially, the player only interacts with The Stage to incite the show, they do not control what happens. This is best demonstrated when an episode starts, plays a song and some repeated animation, and then ends abruptly, with the player only having moved around the stage wondering if there’s anything more they can do—there isn’t. They are not calling (or firing) the shots here.

Some episodes feel like their creator has just run up to you, shoved a paper script in your mouth, and stomped off after commanding, “Eat that!” You can only sit there and try to process it all.

Truly, the many vignettes that Jack has already produced for The Stage speak for themselves. You should play them all for their variety. They include a short story about a girl who can’t stop eating, a song called “Jesus is my Boyfriend,” and an absurd sketch about a dying baby. Comedy and horror is played interchangeably, day-by-day. So far, he’s had seven people take the stage for themselves (six credited, one anonymous), providing scripts for Jack to mold his claymation figures around, their own graphics for him to set as a backdrop, weird characters and estranged sounds for him to insert.

At the moment, he’s looking to open up The Stage to different types of people, especially those who aren’t already making games. He’s talking to actors, writers, and other artists, essentially offering up his virtual stage and his game-making skills to act as a puppet to any short burst of expression they can muster.

You can check out all the episodes of The Stage on its website. You can support Jack King-Spooner through Patreon.