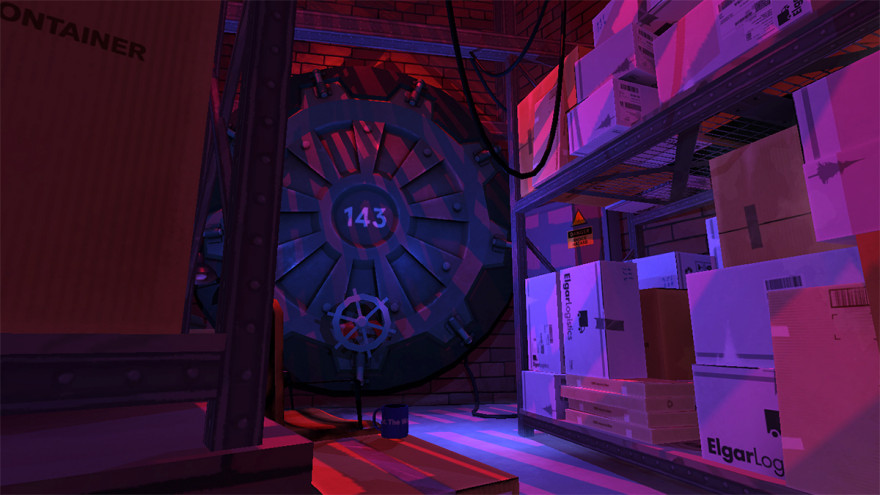 Coming right off the tail of Davey Wreden’s The Beginner’s Guide, the other Stanley Parable co-creator William Pugh has begun teasing a new game of his own. The unnamed mystery game, described as “a weird puzzle,” will be the debut project for Pugh’s recently founded studio Crows Crows Crows. But aside from that bit of info, a few screenshots, and a strange ARG, we don’t know much about it just yet.

The images depict a large, numbered vault locked away in a dark storage room, what appears to be the backstage area of a theater, and a pipe-filled basement with metal grating on the floor and, curiously, an umbrella hanging from the wall.

Dive right into the ARG happening on the official Crows Crows Crows website, and you’ll find a collection of documents on what appears to be a police investigation. There’s talk of stolen items, from paintings to pens to orchid bulbs, a timeline of events, some clues, and letters between characters called Inspector Lavigne and Deputy Angelo, who are communicating between the cities of Rome and Lyon.

Stay on one page too long and you’ll be transferred to a page titled Mayflower Networking System. I haven’t dug too deeply into this just yet, but there’s an entire subreddit dedicated to decrypting this teaser for clues. Can you figure it out?

According to the website, this unnamed project is “due quite imminently.”