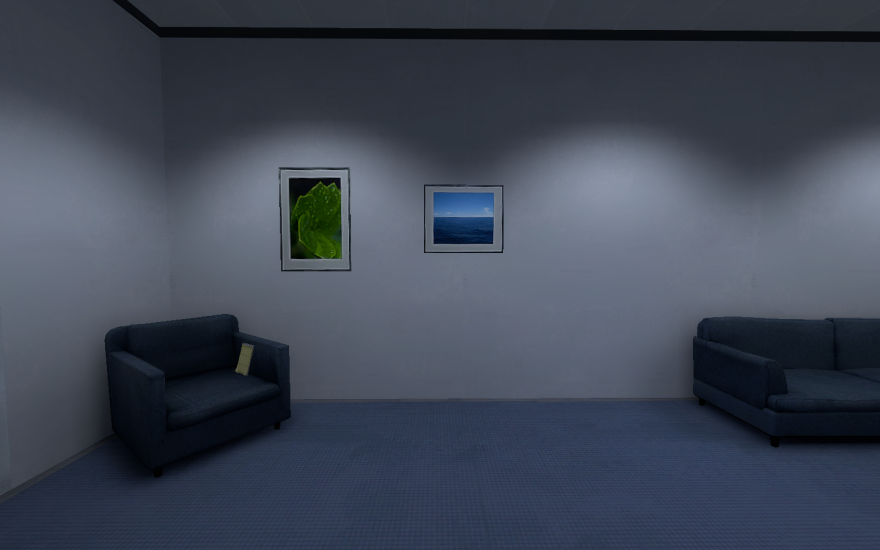 It’s the job of the game review to help readers decide which games to buy. While most games operate very similarly, some are objectively better than others. Reviews let readers know which of these button-pushing, stick-clicking experiences are best suited for specific tastes. After reading the following review of The Stanley Parable, you should have a better idea of whether or not you want to buy the game, and you’ll no doubt return to Kill Screen and other game review websites tomorrow to repeat the process again with a different title.

There are multiple possible outcomes to your experience with this review of The Stanley Parable. Have you seen them all?

Outcome 1: You came into this review not knowing what to make of The Stanley Parable. The title sounds familiar but can’t put your finger on it exactly–something with exploration and storytelling. You’ve got the right idea, but you might be confusing it with Dear Esther, a game that was also originally a Source engine mod. Upon reading the review of The Stanley Parable, it all comes rushing back to you: the narration, the choices, the corridors, and the absence of combat. “This sounds great,” you say to yourself. In fact, you’re intrigued enough that you decided to purchase the game and play it for yourself as soon as you get home from work.

It appears to be making fun of those games and the nature of videogames in general.

Once you finally returned home, bought The Stanley Parable, and began playing it, you found the game to be just as the reviewer said it would be. It pleases you that your expectations were set and then matched accordingly. You’ve made what feels like a wise investment of your time and money, and you’re eager to share your success with others. You’re thankful that videogame reviews exist and are so helpful when deciding which videogame to play.

Outcome 2: You’ve heard some good things about The Stanley Parable Demo and the original mod, and you came to this review hoping to be convinced that the full game is worth purchasing. You read the review and, while you enjoyed it well enough as a piece of writing and feel that you understand what the game is all about, The Stanley Parable seems very different from the type of game you typically enjoy playing. In fact, it appears to be making fun of those games and the nature of videogames in general. You note that since The Stanley Parable is a videogame itself, then it’s mocking jabs are also inherently self-deprecating. While you’re not big on “art games,” you appreciate the ironic knowingness that comes with breaking the fourth wall when it’s done well and decide that you’ll buy the game if you ever see it on discount.

Outcome 3: Like so many others, you’re contemplating the purchase of The Stanley Parable and eager to potentially do so after playing the demo, but this review bothers you because it does not pay enough attention to the part of the game you’re most interested in hearing about: the photographs. The photographs that hang along the walls of the office hallways were your favorite part of The Stanley Parable Demo, and from screenshots and video footage you’ve been able to determine that they also appear in the main game.

You love the photos because they fit so perfectly into the soul-crushing cubicle-opolis that is the modern office complex, and this speaks to you. They signify the bare minimum that is done in an effort to keep worker morale complacent amidst the droll, aesthetically deficient labor. Within an infinite number of windowless boxes lit by hideous fluorescent tubes, what better than a framed 8×10 of a dew-soaked leaf to remind you that nature still exists? This “lively” break room decoration is just a reminder of your own deprivation. You stare at the picture of an ocean sunset and wonder when was the last time you actually saw the sun. It was dark when you came to work, and it was dark when you went home. What’s the point of “business hours” anyway? You’d just as well have your eyes closed.

Outcome 4: You don’t play many videogames, but you’re friends with some self-professed gamers and one of them sent you a link to this review of The Stanley Parable. After reading it, you’ve determined that the game sounds like something you’d enjoy. You boot up your long-dormant Steam account that you haven’t accessed since you played Portal years ago and you begin to download The Stanley Parable.

Finally the game is finished downloading and you start playing it. You like that it does not require being a “skilled” player, but feel like you’re missing some of the references because you don’t play videogames on a regular basis. How can you fully understand such a postmodern object without first being deeply knowledgeable of the material it is reacting against? Yet, for the most part you can easily relate to the struggle of The Stanley Parable’s everyman as he tries over and over to prove that his life has purpose.

Outcome 5: You scrolled ahead in the review looking for a score and read this part first because it’s written in red text, which caught your eye. Now that you’re here in the middle to the review, you must decide whether to start again from the beginning or to keep going in hopes that there is a score at the bottom of the page. You’re normally a diligent reader and the only reason you’re here, mid-page, is that you let your excitement about this review get the better of you. It’s ok, the review is very exciting! You decide to scroll back up and read from the top, but not before making a mental note to skip over the red section when you get to it a second time.

You’ve decided ahead of reading this review that you love The Stanley Parable.

Outcome 6: You’ve decided ahead of reading this review that you love The Stanley Parable. You look forward to release of The Stanley Parable as the moment that will confirm your long-held beliefs about the nature of videogames and interactivity in general, and you regard any opinions that run counter to your own as hostile action against you and your ideals. While the review did express mostly positive sentiments about The Stanley Parable, it did not explicitly reaffirm your exact feelings about the game. You’re thusly inspired to write something nasty in the comments and mockingly subtweet the author on Twitter.

However, now that you’ve read that the reviewer predicted your reaction, you’re conflicted about which action to take next. You don’t want to do anything that could validate the viewpoint of the reviewer because that could be seen as validating the reviewer’s stance on The Stanley Parable, which you despise. You decide to save face and silently move on with your life assuring yourself that you will undoubtedly adore The Stanley Parable as much as you think you will.

After playing a game that allowed such “freedom,” you’re ready for a shorter game that takes place indoors.

Outcome 7: You’ve been baited through SEO trickery to visit this review for The Stanley Parable. The filename for the image at the top of this review is miley-cyrus-video-game-grand-theft-auto-v-gta5-the-stanley-parable-1.png, which you clicked on hoping to read details about whether the pop star sees herself as more of a Michael, a Franklin or a Trevor. You’ve been duped, but you read the review of The Stanley Parable anyway and you find the game’s concepts fascinating. The Stanley Parable is a marked departure from the open-world crime haven of Los Santos, and after playing a game that allowed such “freedom,” you’re ready for a shorter game that takes place indoors. You consider playing The Stanley Parable, but then remember that you forgot to click on the banner ad at the top of this page. Go ahead, there’s only one paragraph left anyway.

Outcome 8: You hate when reviews “get creative” and just want to be told whether or not The Stanley Parable is “good.” Furthermore if this review is meant to channel the spirit and tone of the game, you wouldn’t have known that had you not played it already. At this point you can just say for yourself whether or not you think The Stanley Parable is “good.” You don’t need a review to help you decide if you should buy it because you already did. Besides, there are more avenues than ever for evaluating whether a game is worth buying outside of traditional reviews: let’s play videos, demos, podcasts, social media recommendations, word of mouth, or some combination of any of the above. No, you must be reading this review for some other reason. But why?