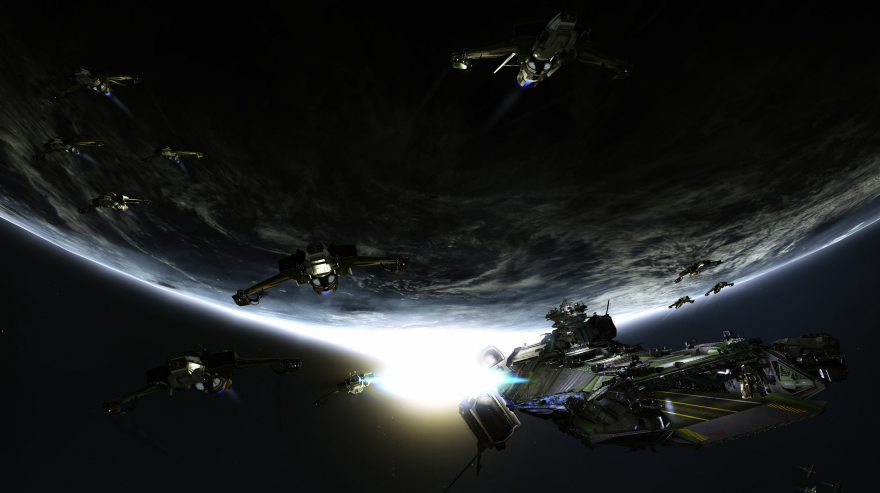 The singularity is that beautiful, hypothetical moment in the future when technology becomes so advanced that our phones gain autonomy, start building robots, and the trajectory of machinery rockets into a supernova, the repercussions of which we can hardly begin to imagine.

Well, you best return to your seat, because Star Citizen is fast approaching the singularity. The crowdfunded little space sim that started as a humble way for Chris Roberts to make a spiritual successor to Wing Commander has surpassed the $39 million mark, and the next goal for the game is procedural generation. That means content generated algorithmically rather than manually, you know, as in computers creating computer games. As explained on their site, “building entire continents and atmospheres in the current system would take a lifetime. That’s where procedural generation comes in.”

The title has already incrementally hit an near-endless list of stretch goals, making the scope of the game huge, but there’s only so much human hands can do. The devs are asking for 2 million additional dollars, which is really just a drop in the ocean at this point, so they can develop AI that will populate the rest of the universe for them.

I’ll let them explain this one:

It’s worth noting, with No Man’s Sky and now this, how game worlds have gotten so big that they can’t be designed by mortals anymore. This sounds like an Old Testament prophecy of some kind, where either the Earth will be shattered and razed, or we will enter a new glorious eon. Who knows what’s next.