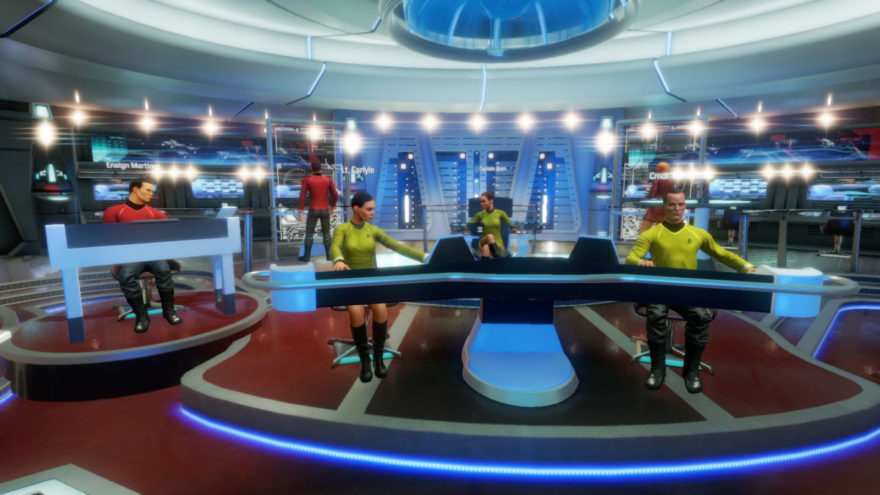 I was always under the distinct impression that Star Trek was a virtual reality—no, it’s really not necessary to email me about this—but now… it actually is?

This is Star Trek: Bridge Crew, as revealed at E3 on Monday. It’s a collaborative VR game where, instead of interacting with your friends, you all put on headsets and interact with one another’s avatars. Here, for instance, are some of the franchise’s distinguished alumna giving it a go:


Having actors record a video trying out virtual reality is always an interesting gambit because they are… well… actors. But, for argument’s sake, let’s assume sincerity and check out their VR faces.

Here is Jeri Ryan, of The OC and apparently also some Star Trek franchise fame, looking excited while wearing the world’s most expensive blindfold:

And here is Karl Urban, who sources tell me is not related to Keith, just chilling:

Rounding it all up is LeVar Burton looking into the middle-distance, or maybe not because he has a headset on:

For all its virtual reality trappings, mind you, Star Trek: Bridge Crew appears to be a relatively traditional game. Collaborative setups where players interact on some levels but interface with computers on another one is not a new idea. Battleship is a confrontational version of this setup. More recently, We’ll Meet Again challenged two players to solve problems while both staring at screens and talking to one another. (Not to mention that we’ve already had Artemis Spaceship Bridge Simulator, which is basically this Star Trek VR game in all but name) The screens in Star Trek: Bridge Crew just so happen to be mounted to the players’ faces. Otherwise, the setup is more conventional than it appears.

There is, of course, another term for this game: space camp. It is, after all, a place where people go and LARP as space explorers while staring at screens. It’s science fiction and so is Star Trek: Bridge Crew.