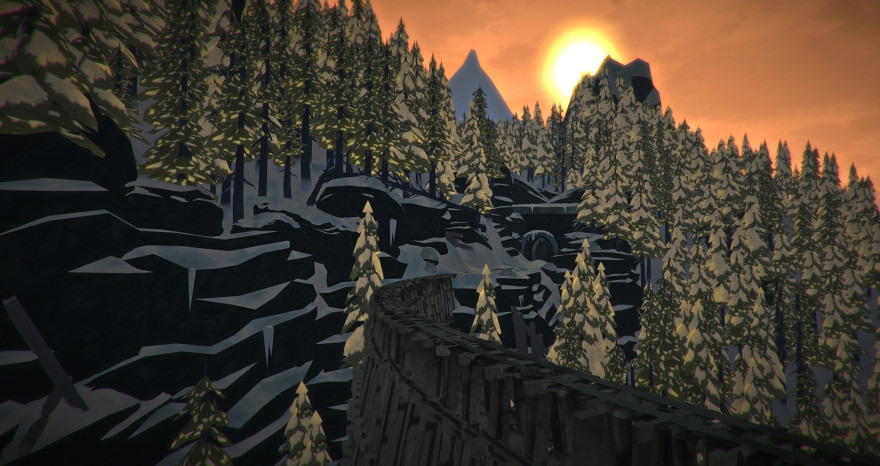 The Long Dark is set to hit Steam Early Access on September 22. The game is being developed by Hinterland Games, which founder and creative director Raphael Van Lierop told us is situated in “an old mining town nestled at the foot of a mountain range” in Cumberland, British Columbia. The cold creeps into the game: it’s at once a brutal post-apocalyptic survival game and a celebration of the Canadian wilderness. The game’s art style is equally stark—not quite low-poly, but spare, with a painterly sense of color.

So: what will we actually be doing in this brutal, beautiful expanse? Hunting, looting, building fires, staving off the cold, and just generally trying to stay alive. The devs promise “dozens of hours” of such activities, which is presumably equivalent to how many hours one could actually do them in the Canadian winter without dying, also.

When we spoke to the team late last year, they spoke of how environment bred art. Or, better put: “Fuck it, I’m Canadian. This game is Canadian. Deal with it,” according to Van Lierop. But even if this isn’t common in videogames, said our writer Reid McCarter, it does all fit within a greater canon of Canadian art:

But its plot—an isolated person desperately hoping to survive an indifferent nature—is very much in the tradition of Canadian storytelling. Setting the game anywhere other than Canada would take away from a work that is, in essence, an exploration of a phenomenon embedded in the national consciousness. Northrop Frye’s Conclusion to a Literary History of Canada and Margaret Atwood’s Survival, two seminal pieces from Canadian literary criticism’s belated formation in the 1970s, identified a recurring theme in Canadian art dubbed “garrison mentality.” Both Frye and Atwood see Canadian work as preoccupied with the influence of the more powerful nations, like the United States and United Kingdom, that dictate the country’s fate. They also, just as importantly, point to the prevalence of an anxiety that centres on the vast wilderness that comprises so much of Canada’s geography.