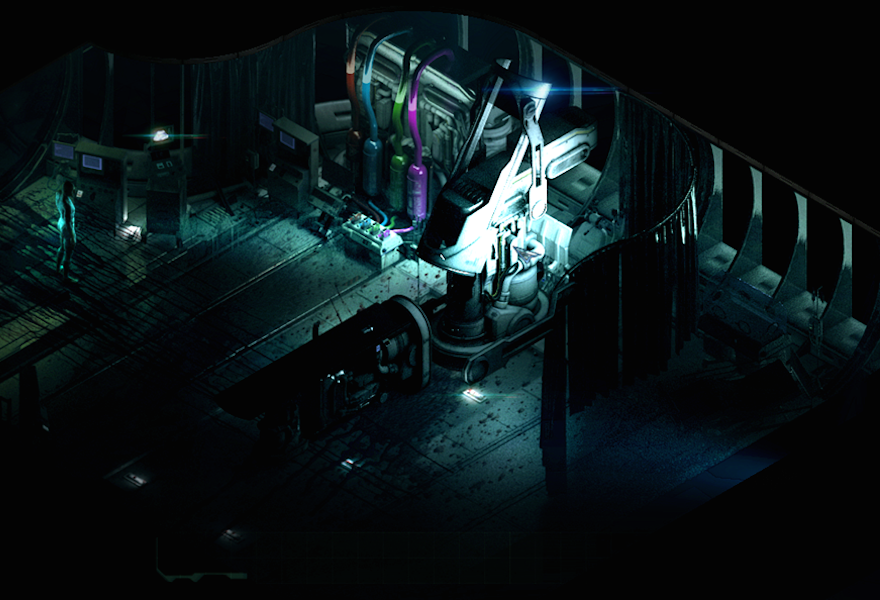 In praising Sophocles’ “Oedipus Rex,” Aristotle observed that the most impactful tragedy is the one you see coming. Knowing a character’s fate and feeling helpless to prevent it is the essence of horror, as it mirrors our own individual struggles with the unavoidability of death.

As in other media, every horror game features a different ratio of unknown to known in its effort to affect the player. The unknown is primordially scary and most useful for building tension and releasing it with a good fright: what’s around that corner?, is something going to jump out of the ceiling tile again?, who is really behind all of this? The known, on the other hand, fills us with existential dread: we walk, as in a nightmare, toward a foreseeable doom, yet we do not alter our course. Perhaps we hope to learn something from the experience. Or maybe it is simply the pull of thanatos, that mercurial human drive to relinquish control and give over to oblivion.

In Stasis, a new sci-fi horror adventure from The Brotherhood, you take that downhill walk countless times over the course of its six-or-so hours, and do so willingly. You play as John Marachek, a man rudely awoken out of cryogenic stasis on a dilapidated, seemingly abandoned spaceship called the Groomlake. You don’t know how you got there (it’s not the ship you embarked on before cryo-sleep with your wife and daughter, who are nowhere to be found), and before long it becomes clear that someone — or something — has been making quick and bloody work of the crew.

The game’s story is overstuffed with cliches, liberally borrowing from well-known horror games, which in turn borrowed heavily from horror films and literature. John skulks through a monster-infested spaceship (i.e. Dead Space) overcome with an infectious, mind-altering fungus (i.e. The Last of Us), all while watched over by a mad despot bent on super-human engineering (i.e. BioShock).

The game’s story is overstuffed with cliches

This familiarity actually works to the game’s advantage, just as the Ancient Greek audiences of “Oedipus Rex” knew the myth of the ill-fated king before they sat down in the ampitheatre. Though at times Stasis dangles the carrot of the unknown, I was never particularly curious about “what’s really going on here.” Instead — because I felt from its first beats that I had a pretty good sense of what was in store — I was able to revel in morbid fascination of the game’s detailed depiction of ruined lives.

While steering John toward his lost wife and child, you find PDAs liberally peppered throughout the Groomlake, featuring the private journals of various high- and low-level staff — often found lying beside the corpses of their authors. Most of these journals have half a dozen or more dated entries, and you quickly piece together the timeline: about three months ago, in late December, the ship was overrun by murderous creatures wearing human skin. A few months before that, a strange fungus was known to be rapidly spreading throughout the ship. Prior to that, going back in some cases all the way to the previous January, most people were just doing their jobs and living their lives aboard a deep space vessel. Every journal, therefore, becomes a chronicle of how the everyday pleasantries and frustrations of daily life devolved into chaos and, eventually, death.

These tragedies are everywhere, small and interweaving. A love triangle involving an indifferent woman, a jealous suitor, and a closeted gay man is read from each perspective in turn. A scientist from Hydroponics complains about those lazy bums in Engineering. A short while later you’re in the Engineering Department and come across a young worker’s rantings over the incompetent Hydroponics team. Everyone is searching for something, in themselves or others, but few dared to communicate their needs — until it was too late. It is a sorrowful portrayal of so many lonely lives, filled with regret, and ultimately snuffed out with no meaning other than what they, or you, attribute to them. The fact that all of these stories are entirely optional allows the game to skirt being cast as nihilistic. The bleakness is not being forced down our throats; we, as Aristotle presaged, cannot help but follow each precious human drama to its common conclusion.

Stasis also inherently embraces the power of the known through its visuals. The environments and characters are presented isometrically — that is, from an angled bird’s-eye-view — in a manner most often seen in strategy games or action click-fests like Diablo. This style was notably used in the surreal horror game Sanitarium in 1998, and in many ways Stasis feels like a spiritual successor to that title. The isometric vantagepoint puts you at a remove from the action: you can see the entirety of a room as soon as you enter it, and by moving the cursor around the scene you can read descriptions of what’s around without physically moving John and potentially putting him in danger. Like Sanitarium, the pulled-back perspective allows for striking tableaus (say, when you walk into a room featuring a gigantic, pulsating insect queen) but also puts limits on fidelity, particularly in terms of character animation. John, wearing a skintight biosuit, looks like a naked mannequin come to life — he could be any man, and because we cannot see his reactions in detail, we project our own feelings onto him. All this goes toward feeding the terror of the known: you see yourself and the world around you from an omniscient height — nothing could jump out from nowhere and give you a great start — and still you cannot escape the gnawing sensation that none of this is under your control.

tragedies are everywhere, small and interweaving

The relative safety of the isometric, slow-paced adventure game is broken up periodically by opportunities for John to die if he makes an incorrect move or does not act quickly enough — or, in some cases, if you choose to have John take his own life. I say opportunities because that is how they are packaged: most of the game’s Steam achievements revolve around discovering the various ways John can die. The developers clearly intend for the player to cycle through the same tragic formula in all its permutations. We all know how this thing is going to end.

The actual ending, it should be said, leaves much to be desired, which is often the curse of tragedies of the known. The temptation for a final twist, or a stamped-and-sealed “this is what it was all about” thesis statement can be too great to resist in the face of the existentially overwhelming, though these things usually only serve to frustrate or muddy the waters. Stasis establishes its thesis from the very start, echoing it at points throughout, in the form of quote by Franco-Jewish author Andre Maurois: “Without a family, man, alone in the world, trembles with the cold.”

Stasis is full of trembling ghosts, people who struggled to connect with others in life and ultimately embraced the solitude of death. John’s story is just an instantiation of this motif, and by no means the most compelling one in the game. If you were to play through Stasis without stopping to take in all the optional content, you would experience an aesthetically appealing, linear, cliche-ridden adventure — you would feel cold and alone. But by placing your adventure in the context of all the other tragedies aboard the Groomlake, a kind of familial intimacy develops. It speaks to why we subject ourselves to known horror in the first place: confronting death has the ability to bind us together. It is the thing we all have in common.