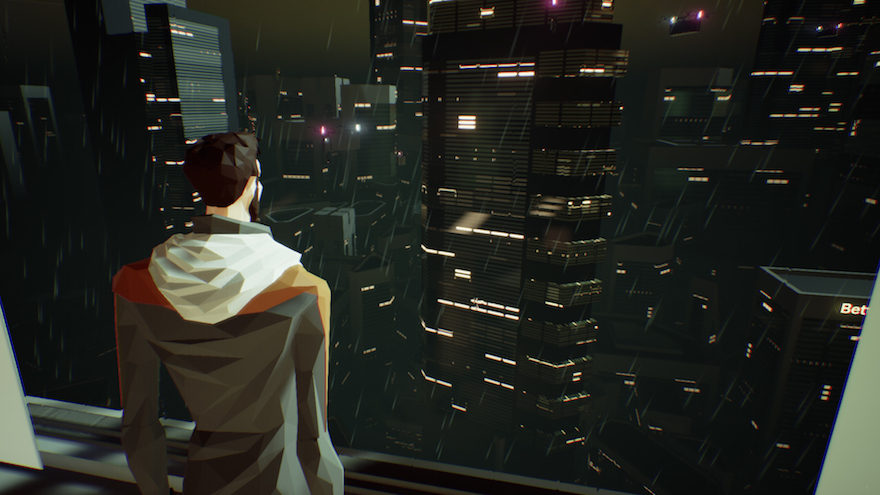 It seems like every other week we’re hearing about a new game that wants to use robots, spaceships and/or the concept of a digital future to make a larger point about the world we live in. Many of these games work well; others, not so much. The genre oversaturation ensures that any new game checking off one or many of these boxes needs some way to stand out from the rest of the crowd.

And, lo, a pretty, low-poly contender just pushed its way to the front. Upcoming adventure game State of Mind explores transhumanism by creating two separate worlds: reality, and a virtual reality project created using a template of the main character Richard Nolan’s mind, but without his knowledge or consent. The game wants to explore themes of “separation, disjuncture and reunification” through dystopian fiction and the idea of a world “on the brink of a post-material existence.”


Though Richard is the main character, State of Mind will have multiple playable characters within its two worlds. The art style is stunning and appropriate for the topic, blocky but not boring, and early screenshots show robot-like characters as well as a bustling city. More interestingly, they also contain allusions to the “United States of the West,” perhaps another aspect of the systems that are experimenting with mind uploads. Like the rest of the screenshots, it’s reminiscent of good, classic sci-fi, the kind that used lots of blue light and unnecessary capital letters and wasn’t afraid to get a little camp.

Daedalic Entertainment, a German developer, has already confirmed that State of Mind will be out on both PC and consoles, though an exact date hasn’t been specified yet (thought 2017 has been stated). Hopefully once it arrives, we’ll find that the execution is as sharp as the rest of it.

Check out State of Mind on Steam.