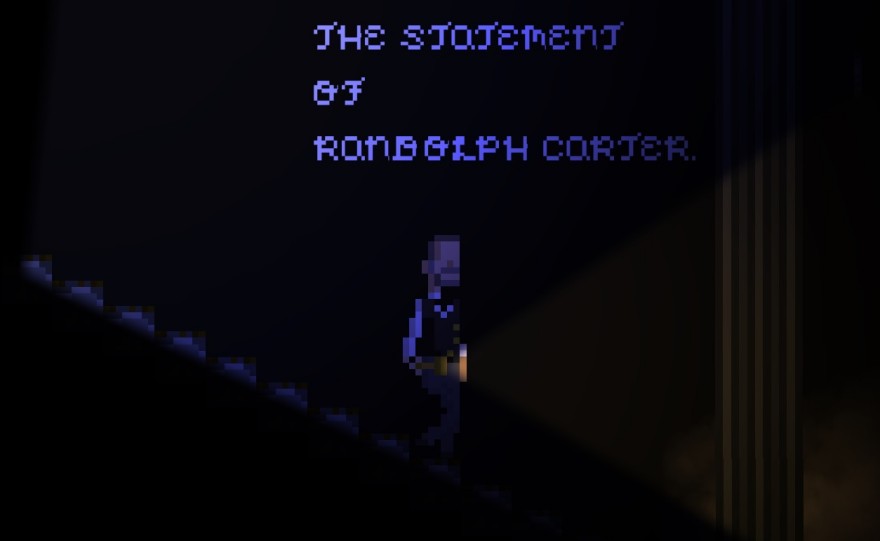 Lovecraftian horror has the ability to linger and haunt, and those who try to recreate it do well to avoid ever explicitly depicting the object of horror. This is the entire point of the cosmicism in Lovecraft’s writing: to use the power of the unknown (or what is “beyond the radius of human imagination”); to amp up our curiosity and spur it with fear. But this usually doesn’t translate well to other artistic mediums.

Due to horror cinema’s preoccupation with viscera, jump scares, and grisly monsters, it has often failed to truly capture the quality of Lovecraft’s written word, even when it is adapted directly from the source. Precisely when it shouldn’t, Lovecraft-inspired cinema wants to show us its horror, whereas it should emphasize the unseen and unfathomable.

What the game adds is a carnality that the written word can’t provide.

You could stubbornly say the same about videogames and their relationship with Lovecraftian horror. But as cinema has an exception in films like Malefique (2002), videogames have theirs in terrifying experiences like Amnesia: The Dark Descent. Still, these are the rare exceptions in modern day’s most popular forms of entertainment.

So, I went into Daniela Coyotzi and Jose Dorado’s short videogame adaptation of Lovecraft’s The Statement of Randolph Carter with apprehension. The pair made it over a weekend for Ludum Dare; surely they couldn’t pull off anything satisfying enough to complement their inspiration? That was my assumption, at least. But I was surprised.

Coyotzi and Dorado have made a supplement to Lovecraft’s short horror story, rather than attempting to, like so many others, expand on it, or fill in the holes that were deliberately left so as to inspire the imagination. As such, this videogame probably doesn’t make much sense without prior knowledge of the story, so I encourage you to read it through before giving it a go, or immediately afterwards.

In a departure from the original story, you take on Harley Warren’s perspective as he descends the dark steps of the dreadful, decrepit ossuary, occasionally making phone calls to Randolph Carter, who sits at the graveyard entrance. But, rather than finding whatever horror it is that lurks in this crypt, you see snaps of Carter sitting in a hospital giving his statement in the background. What you discover, then, is that the game is framed as being in two time periods, just as the book is a detailed recount of a past event from the viewpoint of the present.

What the game adds is a carnality that the written word can’t provide. Eerie sounds, overbearing darkness, flickering lights, simple pixel art for your mind to flesh out with detail. And, most importantly, it adds the act of having to consciously guide Warren into the crypt while knowing what happens to him, and wanting to find out what’s down there, while simultaneously fearing it and knowing that it would ruin the entire story.

Luckily, Coyotzi and Dorado don’t ruin The Statement of Randolph Carter in their videogame adaptation. They manage this by not overstepping the cosmic horror of the story, or their own creative desires, as so many others inspired by Lovecraft do. It’s worthy of being played alongside the experience of reading Lovecraft’s chilling sentences.

You can play The Statement of Randolph Carter in your browser or download it on its Ludum Dare page.