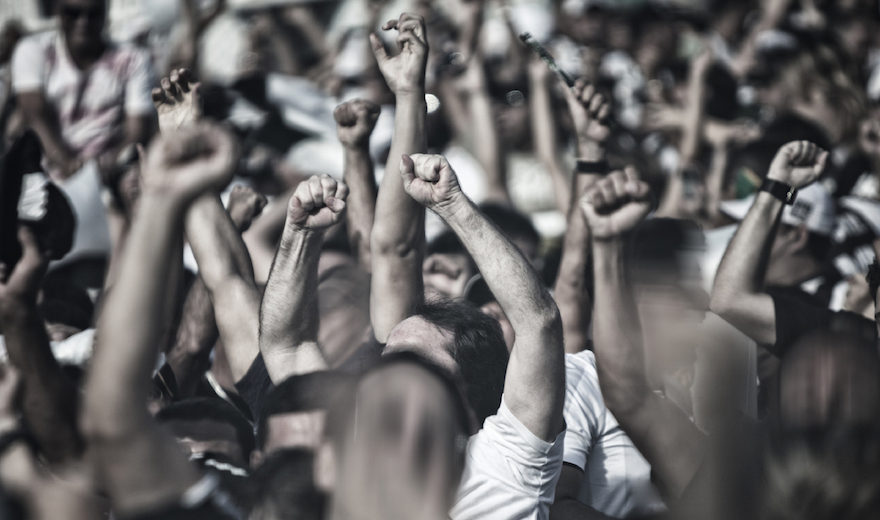 At first glance, civil rights activist DeRay Mckesson’s choice to collaborate in the creation of a Twitter bot seems like a strange move. After all, his 536,000 Twitter followers aren’t going anywhere, and bots lack the personal touch and capacity for individual engagement that’s made Mckesson’s Twitter such a cornerstone of his online community. But look a little further into it, and the bot—created by Portland technology studio Feel Train in conjunction with Mckesson and other Black Lives Matter activists—situates itself cleanly with the push for awareness and engagement in modern-day activism, both online and in the streets.

the human effort behind the digital is easy to overlook

The day-to-day grind of activism is exhausting. Like all good work, it requires tenacity and stubbornness, a desire to create something worthwhile out of something discouraging and the implicit responsibility to engage and connect with a community that may range from doubtful but open-minded to openly hostile. In the age of Twitter activism, where many of us receive our news in bursts that take mere seconds to type, the human effort behind the digital is easy to overlook. Mckesson has been out on the streets since day one—he was recently arrested in Baton Rouge after the shooting of Alton Sterling—but to many, he remains a dude in a blue vest that runs a Twitter account. And as vital as Twitter is to getting the message out, as well as keeping collaborators in contact with each other, the potential for both trolling and well-meaning but over-asked questions means that, after a while, it gets old.

Along with news and personal updates, Mckesson takes advantage of Twitter’s ever-presence in our lives to establish routine, a bastion of familiarity amid the hustle and drain of a fickle news cycle and the hostility he and his fellow activists are consistently exposed to. Every night, as the American Twitter scene winds down and Baltimore gets dark, he says,

Sleep well, y'all. Remember to dream.

It’s not a call to action or a political statement. It doesn’t need to be. At the end of the day, it’s little efforts like this that give the bigger issues context. And it’s that sentiment that Mckesson and Feel Train are trying to promote with @staywokebot.

If you tweet the bot and have location turned on it replies with the names and phone numbers of the senators that represent you, giving you an instant clue as to how you can lend a hand. But @staywokebot isn’t just a finger pointing at what it wants you to do. To label it such does a disservice to the personality and charm Mckesson and co. have imbued it with, and ignores the solidarity and community encouragement this movement has worked so hard to cultivate. Every time someone new follows the bot, it @-replies them with a message of empowerment that centers a Black artist, leader, or activist. In the midst of pushing people who may only engage with the movement on Twitter to pick up the phone and make a concrete change, @staywokebot affirms the humanity of every single person that engages with it. An ambitious task for a bot, but one it does well.

Black Lives Matter organizer Samuel Sinyangwe, who helped create the bot, says that he wants it to be “like a friend.” The familiarity is intentional; it’s the logical expansion of Mckesson’s nightly tweets and a movement that’s tried so hard to engage on a personal level, not just through media.  “It wants to help you become a more empowered activist,” Sinyangwe says. “You feel comfortable with it.”