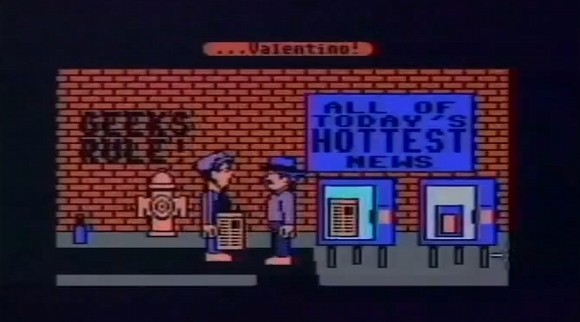 If you want to grow up to be a conservator—someone whose job it is to ensure a museum’s art is protected against the ravages of time—it involves a huge amount of schooling and preparation. Aside from art history, conservators learn chemistry to manage the precise makeup of clays or pigments used in paintings, they use x-rays and other imaging technologies to see works great artists painted over in order to save canvas. There are a relatively small number of academic programs that prepare an individual for that career, and a lot of the work has to do with passing traditions down. Without the proper training and expertise, you can end up with that one restoration of Ecce Homo that delights the internet and horrifies historians.

Perhaps unsurprisingly, preserving games also ends up requiring a lot of care and time. The team at the Museum of Art and Digital Entertainment has been working on bringing back LucasArts’ Habitat (1987)—one of the first and largest graphical massively-multiplayer online games—since 2013. They started out with the source code, which as Alex Handy points out, is only part of a game—where paint and its arrangement on a textile might be the whole of a painting, a game is defined by its interaction. Allowing people to comb through Habitat’s source code would be a kind of preservation, but more like an unraveled canvas and a small mound of yellow cadmium than Starry Night (1889). Enlisting the help of former LucasArts assembly coders Chip Morningstar and Randy Farmer, the MADE was able to make sense of the code and get it up on GitHub. Their next step in the project is to get a server running.

Re-creating Habitat entirely as it was would really require the same user-base and cultural context, and the internet has changed a lot since then. Farmer and Morningstar presented a paper, “The Lessons of Lucasfilms’ Habitat” during the “First International Conference on Cyberspace” in 1990. They were able to use the game to explore patterns in user interactions online—players were given every possible freedom to define the space, and quickly two dominant groups emerged: “anarchists and statists.”

Beyond that observation, the 26-year-old paper posits a few central understandings of how the internet worked—or should have worked—in 1986. First, that “A multi-user environment is central to the idea of cyberspace,” which, based on the direction games and social media have taken, rings true today. They also come to the conclusion that, “You can’t trust anyone,” which is as accurate as ever. So if these lessons from the early days of the internet have been learned through Habitat, what can we get out of it going forward? Maybe it’s more like visiting a historical landmark than a sculpture: the internet we have today exists in part because of what happened in Habitat.

You can find out more about MADE’s work on Habitat on its website.