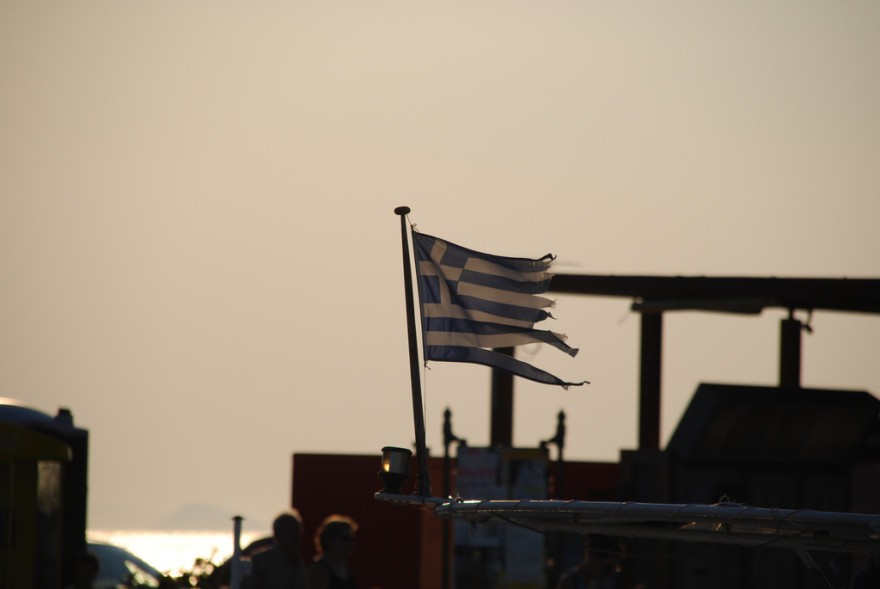 In February 2013, Valve Corporation’s in-house economist Yanis Varoufakis explained, “The astonishing aspect of life at Valve is that there are no bosses.” Varoufakis, who was also teaching at the University of Texas at Austin and blogging up a storm, wasn’t complaining. He openly admitted this boss-less structure contributed “to the private joy of working there.”

Yanis Varoufakis now has a boss. Many, in fact.

Prime Minister Alexis Tsipras, whose anti-austerity Syriza party won last weekend’s Greek election, named his cabinet on Tuesday and Varoufakis is its finance minister. Gone are the days of Valve’s anarcho-syndicalism: he now answers to the Greek government and, to a degree, the European Union.

Finance ministers have never been a particularly diverse bunch. Varoufakis, with his experience in videogames, is an outlier. Coverage of his appointment has therefore sought to find meaning in his work with Valve and its Steam Market. The International Business Times, Gamespot, and Quartz all highlight how Varoufakis was lured to Valve by its co-founder, Gabe Newell, who believed the challenges of creating a common videogame market (Steam) echoed those of the Eurozone. “We were discussing an issue of linking economies in two virtual environments,” wrote Newell in a widely-cited email to Varoufakis, “when it occurred to me, ‘This is Germany and Greece.’”

If there is a story to be told about Varoufakis’ past in the Steam Market and his future in the Eurozone, however, it is a story about how little one has to do with the other.

In interviews, Varoufakis has tended to employ different lexicons when talking about Steam’s economy and the real economy. “It seems to me that these digital economies,” he told Russ Roberts, “that they were created for the purpose of giving us a real life example of Hayek and von Mises and Adam Smith at work.” Whereas Varoufakis discusses Steam as a largely scientific endeavor in which everything is quantifiable, he has spoken at length about the human aspect of the real economy: the immorality of Greece’s plight and how not all things can be measured.

Steam’s economy can affirm the philosophies of Hayek, von Mises, and Smith because it’s simpler than a normal economy. “In these digital economies you have pure exchange economies and you can see how well they work,” Varoufakis explained to Roberts. There are no labor or capital markets to complicate things. Goods are traded. That’s it. Those goods embody labor or capital but you cannot directly sell your labor on Steam (yet). Greece, on the other hand, has decimated labor and capital markets: youth unemployment sits around 30% and Greece is basically bankrupt.

Not only does Greece lack the streamlined structure of Steam’s economy, it offers Varoufakis limited powers. While at Valve, Varoufakis was theoretically capable of changing anything within the economy. If, for instance, he had ever wanted to rejig the exchange rates in Steam, he could have done so without warning. Nobody would have had time to flee the economy. “We come up with an update we want to ship, we ship it,” he told Ross in reference to Valve’s culture. “And we don’t tell anyone.”

Not so in Greece. Managing a national economy, for technological and political reasons, is necessarily less God-like. The economist Barry Eichengreen notes that in the event of a Greek currency change: “Vending machines will have to be modified. Payment machines will have to be serviced to prevent motorists from being trapped in subterranean parking garages.” These little things add up. Varoufakis has previously estimated that a Greek exit from the Eurozone would take eight months, during which time “every Tom, Dick, and Harry is going to sell out in anticipation of the devaluation and take everything out of the country.” Preventing this would require troops at the borders, bank holidays, and a complete exit from the EU.

The difference between these two scenarios, in addition to being the difference between Varoufakis’ old and new jobs, is why a Greek Eurozone exit won’t happen. Digital economies appeal to economist because they are perfect and everything is measurable. They are incarnated models, testbeds for theories that cannot survive the messiness of the real economy. It’s tempting to see Varoufakis’ appointment as a sign of convergence between digital and national economies but, if anything, the different muscles he will now be exercising and the moral quandaries with which he must now reckon are reminders of how far apart they remain.