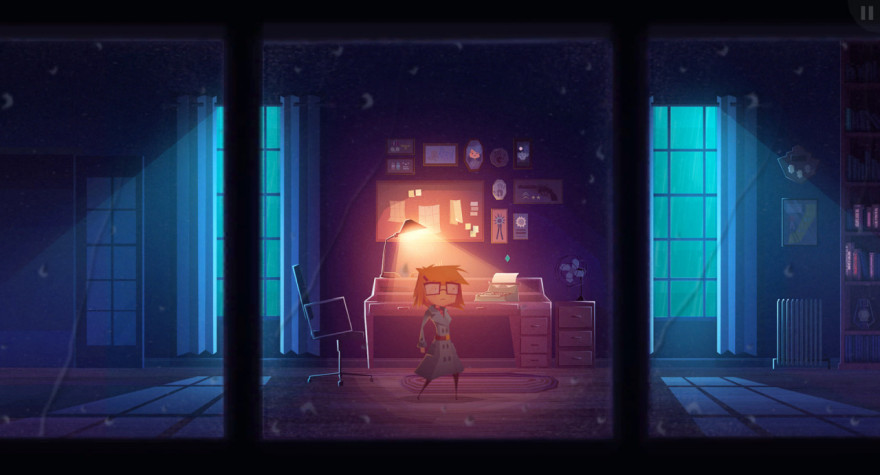 No matter how far removed from reality they may be, detective stories (especially ones with female protagonists) are, at their core, human stories. Whether in Nancy Drew or Sherlock Holmes, every case that crosses a fictional detective’s desk is about unraveling the human condition, and getting to the bottom of our seediest motivations. According to Laura Thompson at the Telegraph, this is partially what led to the trend of fictional female detectives—a craze still going strong to this day, over a century after it first became popular. Tracing back to Sherlock Holmes’ female counterpart, Mrs. Julia Herlock Shlomes in the 1890s, the woman detective made sense to an audience that believed the “feminine intuitions” of the fairer sex would be of practical use in the crime-busting business.

The role of the fictional female detective has changed over time, though. Nowadays, she’s more likely to be a young girl than the grandmotherly spinster figure of Mrs. Julia Herlock Shlomes’ day. The tension that draws us to their stories, however, remains exactly the same: an unexpected blend of the feminine and masculine, the unreal and the real, all rolled into one compelling, dynamic character.

“Like David Lynch’s Blue Velvet, every bright cloud has a dark lining”

Jenny LeClue is no exception. Following in the proud footsteps of the asskicking teen girl detectives who came before her (like Nancy Drew and Sammy Keyes), both the character and the world of Jenny LeClue strike a balance between polar opposites, delivering a story caught between our concepts of what is womanly and what is manly, what is childish and what is adult. “It’s that feeling of dark whimsy,” says creator Joe Russ. “We wanted a youthful aesthetic, populated with complex stories and characters. I initially described the concept as Dora the Explorer meets Breaking Bad. As with David Lynch’s Blue Velvet, every bright cloud has a dark lining.”

In the playable teaser, released just yesterday, you find Jenny in the middle of her biggest case: where she must prove her own mother’s innocence in a murder trial. Skulking around the dark corners of a suspect’s (less than) humble abode, you solve environmental puzzles that also achieve the perfect blend of thoughtful challenge and silly fun. There’s a striking confidence to the world of Jenny LeClue: Detectivú that’s instantaneously compelling. Like the protagonist herself, this world knows what it is from the get-go, and isn’t afraid to use it as leverage.

As a character, Jenny somehow manages—in the short time the Playable Teaser has to characterize her—to be at once an homage and an evolutionary leap in comparison to her predecessors. She’s no rosy cheeked Nancy Drew, coating her spunkiness with a bunch of “golly gee’s!” Jenny LeClue isn’t concerned with what you think of her, because she’s got bigger problems to worry about. Pragmatic, vulnerable, and unimpressionable, her creators don’t bother masking her lethal badassery in cutesy quirks or overly dramatic characterization. She’s a person, which incidentally makes the danger she strides into all the more palpable.

“A core premise is that no one character is just good or bad. Everyone is a blend,” Russ emphasizes. “Sometimes, the most interesting characters make selfish and difficult choices even with good intentions.” Though the Playable Teaser doesn’t touch upon what those choices might be, selfishness in a female protagonist remains to this day a taboo that needs reconsideration. Every iteration of Nancy Drew, for example, portrays her as a town hero, reframing her need to sleuth as a community service rather than self-serving. But, as Russ points out, “people are more complex and contradictory than that. There are good and bad parts in all of us that we must face. It’s a human struggle, and one I think we can all relate to.”

She’s a person, which incidentally makes the danger she gets herself all the more palpable

This humanity doesn’t only characterize the protagonist, either. The mysterious and quirky citizens that populate the town of Arthurton also encapsulate the eternal struggle of human contradictions, while simaltaneously representing the diversity of our real world, too, their races and genders reflecting the demographics documented by the US Census. Russ is even calling into question the very notion of an author’s ownership over his or her fictional creations, by combining a meta story-within-a-story frame with player choice.

At the end of each episode, the in-game author of the Jenny LeClue series, Arthur K. Finklestein, leaves the cliffhanger decision up to the audience. Depending on how the majority votes, the LeClue team will account for it while writing the next episode. “It’s like a literal take on the expression that ideas take on a life of their own,” Russ says. “The author may create the idea of Jenny and her world, but once those seeds are planted, they exist, and grow and change in their own ways—ways that may or may not agree with the author’s vision. There’s a dynamic conversation between the creators (me and team LeClue), the author, Jenny, and the player(s). We are all part of crafting the narrative, and I like exploring the idea that we all own a part in creating the greater story.”

Jenny LeClue: Detectivú brings the humanity underlying every detective plot into the limelight. As a narrative about the complexity of human beings, and a videogame that invites complex human beings to affect the narrative, it delights in our unsolvable mysteries and contradictory natures like few others in the genre ever have.

Though the Playable Teaser is much too short, and the winter 2016 release date much too far away for my liking, Russ teases some exciting long-term goals for Jenny LeClue we can all look forward to. “If there is enough support and resources, we would love to produce the complete, three-part story arc we’ve had in mind since the beginning. You just wait: we’ve got all sorts of crazy things planned.”