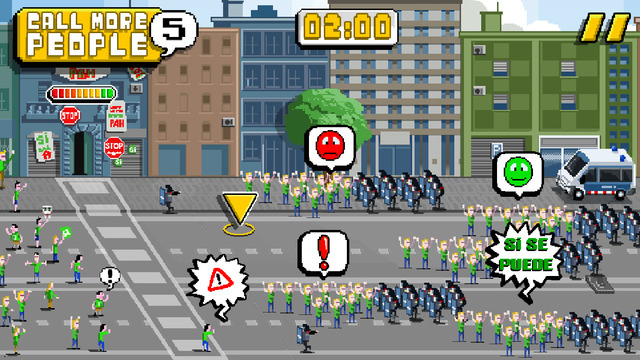 Housing is both a practical necessity—humans have to live somewhere—and a statement of values. Relationships to housing vary by country; whereas some place an emphasis on ownership, others accept long-term renting. In this respect, housing policy mixes practical, political, and (yes) moral considerations.

Consider Spain. In 1957, Franco’s Minister for Housing, José Luis Arrese declared, “we want a country of proprietors, not proletarians.” Housing, as ever, is a statement of values as much as it is a practical necessity. The former, however, comes to influence the latter; Spain, as Isidro López and Emmanuel Rodríguez note, had notably higher home ownership than Britain even during the heights of Thatcherism.

The win condition here looks a lot more like a draw

This fixation of ownership, as a state-sanctioned policy and value proposition, continued in the early days of the Eurozone, when families were encouraged to buy properties and sign mortgages whose terms were only tolerable so long as the cash kept rolling in. You can probably see where this story is going. Initially buoyed by access to the Eurozone’s lower interest rates, Spain’s housing market boomed. Then it didn’t. Spanish house prices fell 26 percent between the end of 2006 and 2011.

All of this history lives in Antoni Besalu’s Stop Evictions, an iOS and Android game that tries to cram the history of Spain’s housing crisis and the Platform for People Affected by Mortgages (PAH) movement into a bite-sized package. It starts with a family buying a house. They act prudently, taking the advice of the government, which favors ownership over renting. They look at the contract, which obscures the particular risks of this mortgage: the family will be on the hook for money owed in the mortgage even after foreclosure. They sign the contract, because it seems like a good idea at the time. That particular time doesn’t last. Of course it doesn’t.

That’s where Stop Evictions switches from a story with only the illusion of choice to a game putting you in the shoes of PAH activists. The family is about to get evicted. Policemen and bankers are coming for their home. The clock is ticking, and eviction looms closer. At first, there is only one activist. You direct that activist to confront the oncoming banker. More bankers and policemen come. You call as many activists as possible and direct them to these new invaders. Run out the clock and the family gets to keep their home. The win condition here looks a lot more like a draw, but the family will take it.

Stop Evictions’ model of social change is relatively simple: If enough concerned citizens stand up in the streets, the forces of rapacious capitalism will back down. While this is a stylized presentation of facts, it is not entirely removed from PAH’s actual approach to Spain’s current eviction crisis. PAH has organized meetings of people affected by evictions and has also sought to convince state and government actors to lessen or forgive debt burdens. (The organization has no official partisan affiliation. One of its founders, Ada Colau, was elected mayor of Barcelona last year after stepping down to run in the election.) Would that it were so simple.

Stop Evictions admirably shows the stakes and factors in Spain’s eviction crisis, but it is rather bullish on the prospects of collective action. With each success, you can call more people, and they will come. While PAH’s influence is considerable, this mechanical rendering doesn’t include the structural barriers that movements must reckon with to reproduce this phenomenon at scale. As with most games about social movements, Stop Evictions makes more sense if you don’t extrapolate its scenes to explain how activism works at a societal level. That there are always more agents of the state or banks coming over the horizon, on the other hand, feels broadly plausible.


To its credit, however, Stop Evictions succeeds in elucidating the specific context of the Spanish housing crisis and the eviction crisis that followed. Its storytelling effectively encapsulates the risks of policies that encourage buying above all else. The particular risks of Spanish mortgage law highlighted in the game—that even after your house, which is likely your main asset seized if you are still on the hook for mortgage payments—deserves more play. PAH may or may not be the solution to these problems, but Stop Evictions more effectively rallies support through its dramatization of the problem than its gamification of the prospective solution.

Change is hopefully afoot in the Spanish housing market. A 2015 Amnesty International report noted that public housing represents only 1.1 percent of Spain’s housing stock. In Sweden, for instance, that figure is nearly 20 percent. Moreover, Spain has recently been found to be lacking in urban rental properties. These are the downsides of a housing market built around a fetish for ownership and selling vacation properties. The sort of activism depicted in Stop Evictions is a necessary corrective to the extremely punitive nature of Spanish mortgage laws, but the game hints at far more wide-ranging changes being needed to achieve a just and inclusive housing market.