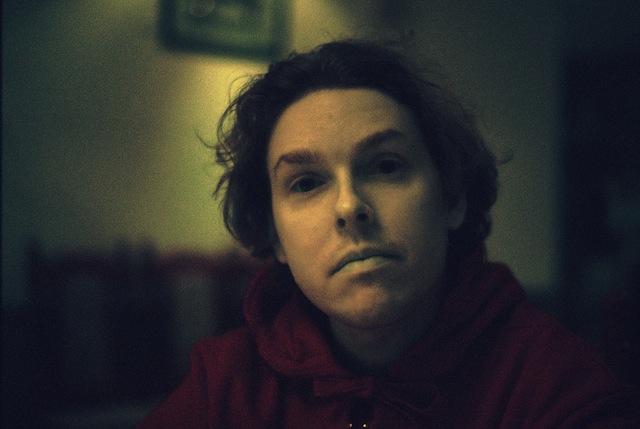 Arse Elektronika’s 2012 incarnation was, to my mind, the world’s first sex-positive, sex-focused gaming conference. It was hosted by Johannes Grenzfurthner, of the philosophy/art/tech consortium Monochrom. The genial host is part MC, part mad professor, tossing around PHD-level queer theory one moment, posing for wacky photos and explaining “game-i-fuckation” the next.

We caught up with Grenzfurthner just after the show ended, to chat about finding, selecting and showcasing the finest examples of sex-gaming crossovers in the world.

Kill Screen: So, this year’s Arse Electronika just ended, and you are probably exhausted. Was this the first time you’ve hosted the show, or is this old news for you?

No, not the first time. I’ve been curating and hosting the event since we established the concept in 2007.

Mankind is a sexual and tool-using species. So it’s never old news to deal with the intersection of human desire and ingenuity. As biohacking, sexually enhanced bodies, genetic utopias and the plethora of gender have long been the focus of literature, science fiction and, increasingly, pornography, we explore the possibilities that fictional and authentic bodies have to offer.

In general, how did this year’s convention compare to other years? Did the gaming theme have a huge impact on the process of curating work and selecting speakers? Do you feel it had an impact on the crowd in attendance?

It was interesting to sort through all the games and performances that were submitted. It’s a bit more challenging to find possibilities to present and play them.

The question is not whether technologies alter humanity, but how they do so. Games are huge. And they will be huge in sex, too. I mean, no one can predict what the future will bring, but history indicates that sex will continue to play an essential role in technological development. And you could see it in the eyes of the attendees. 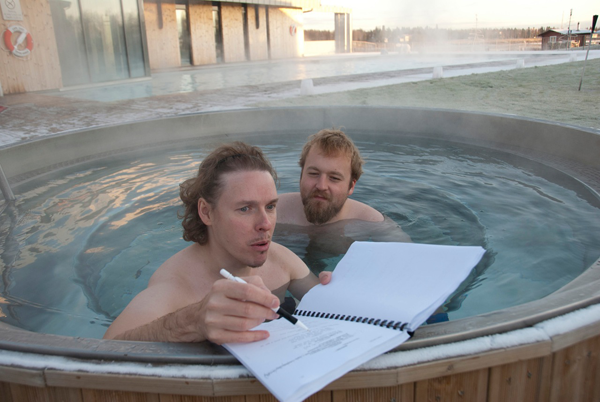 Were there any particular highlights for you?

Oh, that’s always hard to say, but I was very happy we could bring the game scholar Jaakko Stenros from Finland as our keynote speaker. We wanted to challenge the audience to think about technology and games not only from a computer gaming perspective. There are numerous technologies and mechanics for simulating violence in games. But what if you want to explore sex and other amorous interactions in a safe, meaningful and physical manner?

In the Nordic countries, live action role-playing has developed into a unique and powerful form of expression. Nordic larps range from entertaining flights of fancy to the exploration of the intimate, the collective and the political. The tradition combines influences from theatre and performance art with gamer cultures. For the past decade, one of the things the Nordic larp scene has been working on is mechanics for exploring sexuality.

Stenros took a look at sexuality in the Nordic larp scene. He addressed simulation mechanics, tackled emotional bleed and social alibis, and contextualized larp in relation to other forms of role-playing.

We recorded his talk, so you will soon be able to hear how it is to live in a marriage between four persons, on a distant planet with thoroughly queer genders à la Ursula Le Guin. How to create a historical simulation of the AIDS epidemic in New York in the 80s. How to transcend the gender and sex of the player and the character, how to create mechanics that are safe and respectful, yet titillating and feel right — while also looking great and fitting the overall thematic of the work.

Also, stories about orcs and rape.

Since games about sex are so truly indie at this point, where would you like to see the space go?

It is a standard reflex for people to think they are helpless in the face of mighty governments, corporate power and conservative mindsets. But in a media-based society, everything is controlled by a “cultural grammar”: the habits and conventions of society, our ways of speaking and thinking, the images and stereotypes which give short-cuts to meaning in our lives. That means that the power wielded by society is more like a fluid or a jelly than a solid brick wall, and we can play with it. So let us – as game designers, game players, artists, activists and other fellow nerds – leave our cozy peer-groups and comfy scenes behind, and talk about what we can do to play with the world.

Along the same lines – as gaming matures, some of the concepts, devices and games seen at the con will likely become more mainstream. Is there anything sad about that – the mainstreaming of the radical?

You always have to be aware that the more “underground” and “radical“ and “alternative“ scenes get, the more they are exclusionist. Arse Elektronika tries to invite as many people from as many scenes and field of work as possible. There is no average Arse person. So everything needs to be explained. No one feels to stupid to ask questions, because you cannot know from what part of human culture our crowd is.

In general, I think that our world is already way more bizarre than our ancestors could have ever imagined. But we have to subvert the heterosexist and cisgendered matrix that is underlying our world and we need to hack and overcome for some quite pressing reasons within the next century. So, Arse Elektronika has a clear political mission. And it will only succeed if that radical agenda has arrived in Cleveland and Orlando, not only in San Francsico and Black Rock Desert.