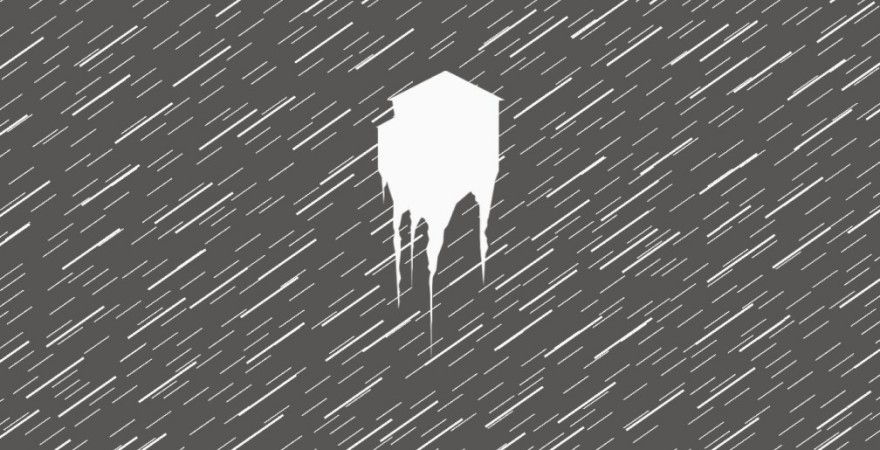 There is, like, a lot of drama in Three Fourths Home. The game has the kind of high-theatrical personality of something like Eugene O’Neill’s Long Day’s Journey into Night (1956), where over the course of an eventless evening, the story slowly unfolds to reveal the tumultuous inner workings of a family on the rocks. As in O’Neill’s play, there’s a single setting—a phone call while driving through the stormy Midwestern cornfields—onto which drama erupts over the course of a few conversations between family members. You have little to go on to fill out the picture except what each member of the family is willing to say or admit, but for all that muddling around on the surface, you get frequent glimpses of some frightening depth.

You play as Kelly, a 24-year-old college dropout who has moved back in with her family in Nebraska. You’ve just interviewed for your father’s old job at the chicken rendering plant where he recently lost a leg in a serious accident. You’re (perhaps understandably) not gassed about the opportunity, but then your life in the last couple of years has been primarily defined by missed opportunities, and chances are getting fewer and farther between. The fact that you now only have one working parent for a family of four doesn’t make your decision any easier.

Back at the house, your mother has gotten harried trying to keep it all together. She’s been working for a dog groomer while shopping her resume around to try to find better, more stable work. Meanwhile, your father has taken to drinking to try to help manage the phantom pain from his lost limb, and your socially-challenged younger brother has burned yet another bridge with his latest doctor. In short, your home life is a wreck, to say nothing of your personal life.

Kelly’s own issues are the kind that you’re likely to hear in the life stories of scads of middle-class twenty-somethings. She wasted time in college because she had little direction. Now out of school, she’s back at her parents’ house while she figures out the next step in her career, which up until now has consisted almost exclusively of working in coffee shops. She lost touch with friends as their lives grew in different directions and ended a relationship because of lack of communication. All standard fare, but it’s a story that will resonate with much of Three Fourths Home’s intended audience to be sure.

All standard fare, but it’s a story that will resonate

As absorbed as Kelly has been in her own problems, you get the feeling that she hasn’t spent much time being there for her family. The game opens on Kelly sitting alone on top of her car in a cornfield out by her grandparents’ old abandoned farmhouse. She later explains to her mom that she just needed to get away from everyone, to clear her head, as though problems that didn’t immediately concern her were just so much static. When she sees that a bad storm is rolling in, Kelly figures it’s time to get going. The rest of the game is defined visually by the distance between Kelly and her family—the notable absence of people on screen and the seemingly endless drive home.

Aside from driving the car and tinkering around on the dashboard, Three Fourths Home consists solely of making dialogue choices to move the story along. Refreshingly, there’s no illusion here that the options you choose throughout the conversation will alter the course of the story, as so many games like to remind you. What these options do is allow you to adopt certain attitudes over the course of the conversation—friendly, annoyed, concerned, etc.—and the responding dialogue emotionally reflects these decisions in a way that makes conversation feel organic. You can find a comfortable spot for yourself in the dialogue that reflects your own family relationships to whatever degree you wish. In all probability, this was just a practical design decision, but your inability to change what’s coming becomes poignant when you’re playing the game for a second time and you know what’s ahead of you.

Three Fourths Home pushes a lot of emotional buttons, but at times, it can be difficult to figure out what it all adds up to. There’s plenty in the game for aimless twenty-somethings to connect with, but where it could try to illuminate, contextualize, or transform the way we think of this lifestyle, the game seems to stop short and settle for tugging on heart strings. On the other hand, the epilogue chapter and the end of the main story could be echoing a common indictment of the sometimes radically self-focused middle-class millennial worldview. But is the game’s answer to the unique set of economic and (I shudder to say) existential problems that millennials face really just “pay attention to your family”? That would be a fairly one-dimensional answer to a very complicated question.

Three Fourths Home can feel like a murky suspension of emotions and complaints. But that doesn’t make it a bad game. In spite of its problems, Three Fourths Home still showcases some pretty sharp dialogue and storytelling. And if nothing else, it will make you think twice about how you conduct yourself the next time you’re on the phone with your mom.