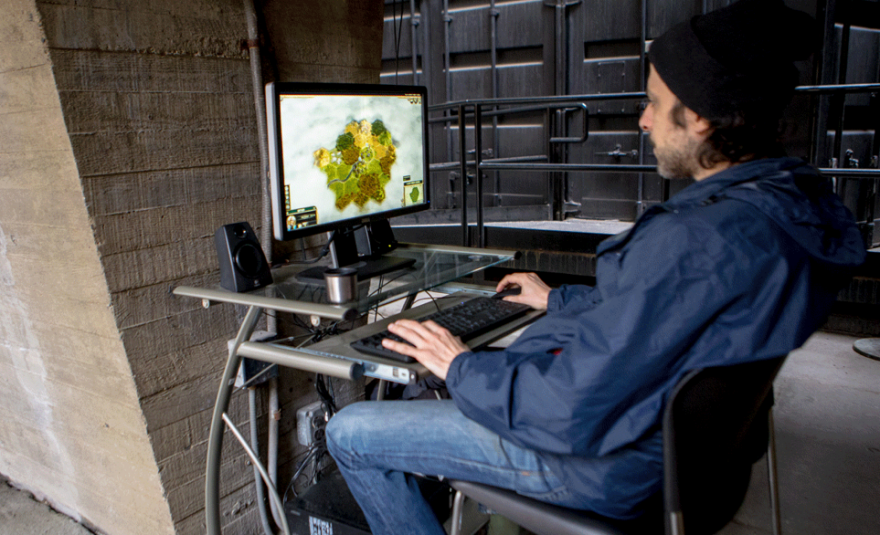 You can find the artist Diego Leclery at a makeshift desk outside the Whitney Museum, staring at a monitor displaying Civilization, hand clutching a mouse. He has previously dressed up as a polar bear and allowed people to be photographed with him as art. His new piece is called Me Playing Civilization. His reasoning? “Since I moved to New York, I haven’t really made any art. I play a lot of Civilization. I got asked to be in the Biennial, and what am I gonna do? Make some shit? No. I’m going to transform the activity of the last year and a half,” he told Animal.

Leclery says the statement of his lazy readymade is “running away from things,” something he’s been doing a lot of since he booted up the game a year-and-a-half ago. He has cooked up a lot of elaborate metaphors for his piece that go undetected by the children and parents who wander up, thinking he’s just playing a videogame, which, indeed, he is. Truthfully this will raise an eyebrow of everyone who complains that the art world has lost touch with reality. But on the other hand, it could be commentary on MMO addiction and the isolation of digital society. Or it could just be this guy loves Civilization a lot.