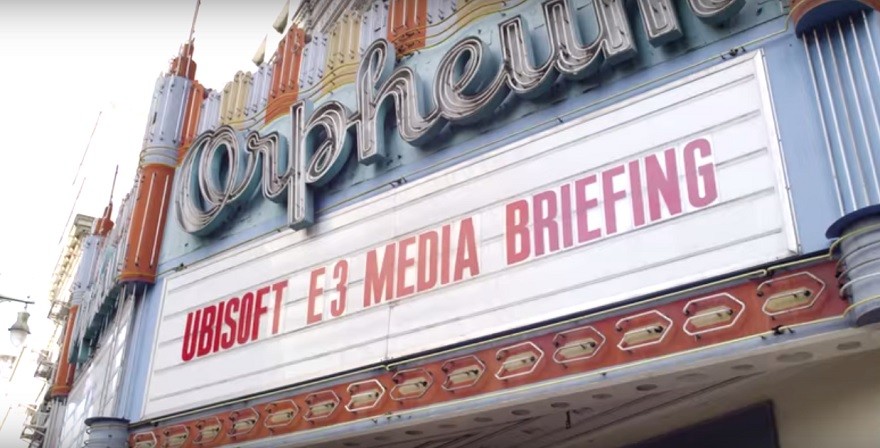 “Hey man, did you come from the Ubisoft event?” A gentleman with slicked back hair points at my E3 badge. I was, and I said as much. He was the DJ upstairs for the pre-press conference music. Much of the attendees had flitted away, hopped on buses or ambled over to Two Boots for a slice of pizza named after Newman, the postal worker from Seinfeld (sopresatta, sweet italian sausage, no sauce). We were both out on the street. He asks what I’m doing and I say I’m just roaming around, exploring. “That’s cool, I’ll explore with you.”

This is Cash. He’s from Amsterdam. “This is my first time in America,” he says. “I’ve been to Miami but that doesn’t count. Too much plastic.” I venture that Los Angeles is fairly plastic, too, but he’s too enamoured with its architecture to care.

“I look around and feel like I’m in the movies of my childhood!” he says, looking around at the run-down theatres and old neighborhood electronic stores commingling with high-rises, a mix that ended up standing in for America in a thousand films from last century. He’s going to New York City next and can’t wait to visit the exterior of Monk’s Cafe, the frequent kibbitz-site for Jerry, George, Elaine and Kramer. Cash loves Seinfeld.

I ask Cash none of this

“Funniest sitcom in history,” he says. He quickly acknowledges, since he’s such a big fan, that he knows he couldn’t go and sit in the same cafe when he’s in New York, since that was an interior set in nearby Hollywood. Everything’s fake, I say with mock disdain. Cash laughs and agrees.

“Hey, you want to get a beer with me, bro?” We walk on, looking for an outdoor cafe where we can sit on either side of the shadow’s edge. I’m looking for shade, but Cash is looking for sunshine.

On his white t-shirt are the words DEATH NOT GLORY, the block letters crossed out. Does this mean, “Neither death, nor glory”? Or are both mere ideals, neither to be truly experienced, but sought out or fought for? I ask Cash none of this.

We discuss the homeless problem in L.A., and how the streets sometimes smell of urine. “This city has a piss-y smell,” he says. Still, he finds much to be enthralled by. He points to the top of a silver office building; on its roof, I can barely eke out the tops of a tree. Urban gardens delight Cash. “I’m a hippie,” he says, and when I say his hair isn’t long enough he explains that he’s a modern hippie and mostly about food.

“That place over there,” he says, pointing to an open-air restaurant with chrome tables and chairs, “they have amazing juice.”

He’s wearing sunglasses with segmented blinders, like a hip horse who’s not afraid of street noise. We don’t talk about videogames or music. On his arm is a tattoo of a soundwave; it’s lost some definition, the ink blending slightly with his dark skin. He’s loved music, or at least sound, for a long time. He’s DJing the UPlay party later tonight back at the Los Angeles Convention Center. I can imagine him there now, looking out at the crowd, bobbing his head to their newly shared rhythm, in control and at their mercy: Master of his Domain.