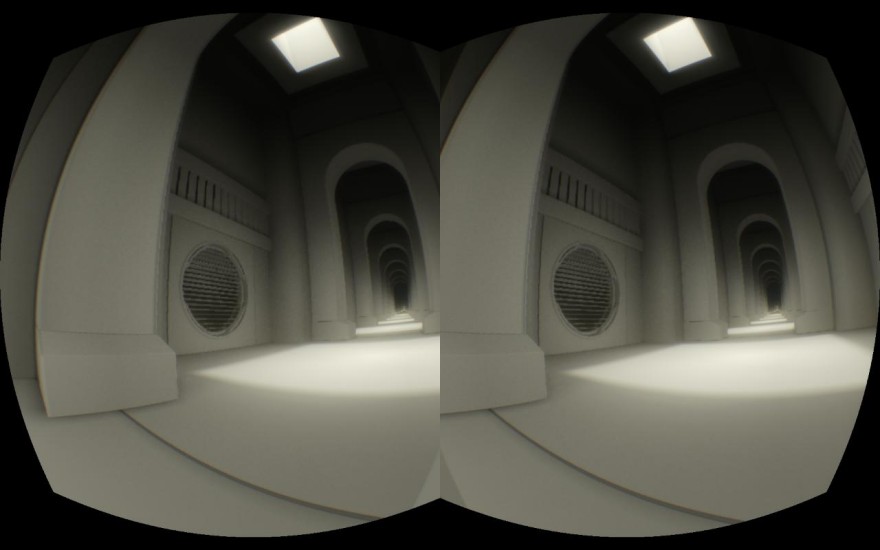 A Playlist pick from earlier this year, Limasse Five’s beguiling NaissanceE was a remarkable feat of beauty in exploration. Giant halls waiting to be pondered and light and shadows thrown on each corner. It was also a trademark example of the trend towards towering brutalism that we’ve seen explored in games as of late. Our reviewer Dan Solberg explained the appeal:

NaissanceE’s sketches are loose, impressionistic works, often culling as much from stream of consciousness as the still life in front of you. As such, many individual rooms in the game are reminiscent of other first-person exploration titles, if only for fleeting encounters. […] It’s more of an archeological expedition where you don’t know what you’ll uncover next.

Now you can walk those halls with virtual reality shoes. (Shoes? Yes, they make shoes now.) Designer Mavros Sedeño announced this week that NaissanceE would now be playable for those with the first development kit of the Oculus Rift, a first step as the retail unity of the Oculus gets closer on the horizon.

Moreover, games like NaissanceE, and other walk n’ wander titles like Proteus or recent darling singmetosleep, beg to be experienced in VR, if only to get a sense of scale.

You can check out NaissainceE on Steam.