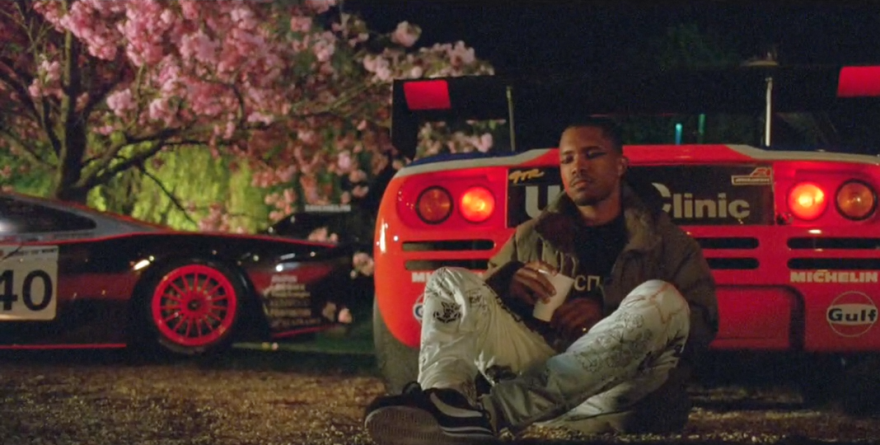 Life’s been busy and stressful. I have little time to unwind, well, aside from my nightly rounds of Overwatch. But this weekend was different. I had finished up most impending work and my partner was gone for the weekend, off on a spontaneous road trip with his best friend. For once, my apartment was quiet, at a standstill. The world was my oyster. So I spent my Saturday night the same way any twenty-something with rare free time and a 3DS might: by cracking open a beer, playing the newly-released Style Savvy: Fashion Forward, and, as luck would have it, listening to the new Frank Ocean album.

I don’t remember the last time I really sat down and soaked in an album. Gone are the days where I’d sit alone in my room listening to whiny emo bands complain to each other through songs. Now, my time’s divvied up between many things at once. I’m never just listening to music. And hell, half of what I listen to nowadays are podcasts. But, on Saturday night, that briefly changed. Well, sorta.

Style Savvy is a simple game. In it, you become an accidental boutique owner where every customer is extraordinarily nice to you, even when you fuck up (the polar opposite of the reality of working in retail). Suddenly, it’s your job to curate the fashion of the town. Somewhere along the way, you inherit the magical abilities of a makeup artist and hairstylist. So, fittingly, you start helping the town’s citizens with their beautician needs too. Style Savvy’s world becomes a world of your own making. Every person in town is stylable to whatever you find suits them best—or, according to their personal tastes at least (but the clothes themselves are up to you). And man, it feels pretty damn good. Most of all, it’s inherently relaxing, just as Animal Crossing: Happy Home Designer was last year.

I was already in the midst of styling my way through Style Savvy when I saw online that Frank’s album finally dropped. What was once entitled Boys Don’t Cry was now officially Blonde. After years of teasing a new record and a “visual album” of Frank building stairs with artist Tom Sachs, New Frank was finally here. New Frank that existed beyond the occasional gasp or two when he surprisingly popped up on a song—like Kanye West’s “Wolves”—due to his scarce features. Frank’s never been a blessing in disguise. He’s purely a blessing.

Style Savvy’s world becomes a world of your own making

When Frank’s Channel Orange was released in the heat of summer in 2012, his smooth vocals were like a cool glass of lemonade. Channel Orange was the deserved calm amid the chaos of recovering from my first year at university. I listened to it constantly (and still do, to be completely honest). While Channel Orange posted Frank onto everyone’s radar, I was familiar with him before the groundbreaking album. I was a fan of Odd Future, the wildly-energetic (and often blatantly offensive) hip-hop collective he was once a part of, whose mantra of “kill people, burn shit, fuck school” resonated with my angsty “I hate my absent dad, too” side. It’s strange to remember that Frank, a man who now sweetly croons about ex-lovers, once danced around the idea of necrophilia (even though it was tongue-in-cheek).

But Blonde is no Channel Orange. It’s surprisingly low-key, a stark contrast to the album that arguably put him on the map. There’s no jaw dropping tracks like “Pyramids” or “Super Rich Kids.” Instead, it’s all a singular mood. A melancholy one, at that. As I styled a returning customer in Style Savvy according to her “bold” whims, the reason for Blonde’s melancholic tone hit me. Frank didn’t want to create a new Channel Orange, he wanted to create a new Frank Ocean album, a Frank post-Channel Orange. That means doing what he does best: singing about all the boys and gals who broke his heart, or whose hearts he broke.

Style Savvy and Frank Ocean might seem like a weird pairing. Little did I know, it’d be a sublime one. When I set out on my quiet Saturday night alone, I imagined merely catching up on all the podcasts I had fallen behind on (an impossible task), maybe watching some anime. But then Frank happened, as he does. My night became a date of sorts. A date with the cute girls in my Style Savvy town, soundtracked by Frank’s blissful voice. I adorned them with fancy clothes and we ate crepes in a nearby city as Blonde carried me through its heavenly melodies. It felt nice. Before I knew it, hours had flown by. Probably too many. But I was enjoying my pleasant date with Frank and Style Savvy. And what a rare, rare thing it was. An unusually tranquil night caught in the midst of a perpetually busy life, all thanks to a little fashion game and some surprise velvety tunes.

Here’s my wholehearted recommendation: take a break from life for an afternoon. Download Style Savvy: Fashion Forward and curate the cutest boutique of your dreams. Eat a nice snack. Drink your favorite beverage (alcoholic or not, who cares). And most important of all, listen to that sweet Ocean as he washes over you, because it’s probably gonna be awhile ‘til we get the next one.