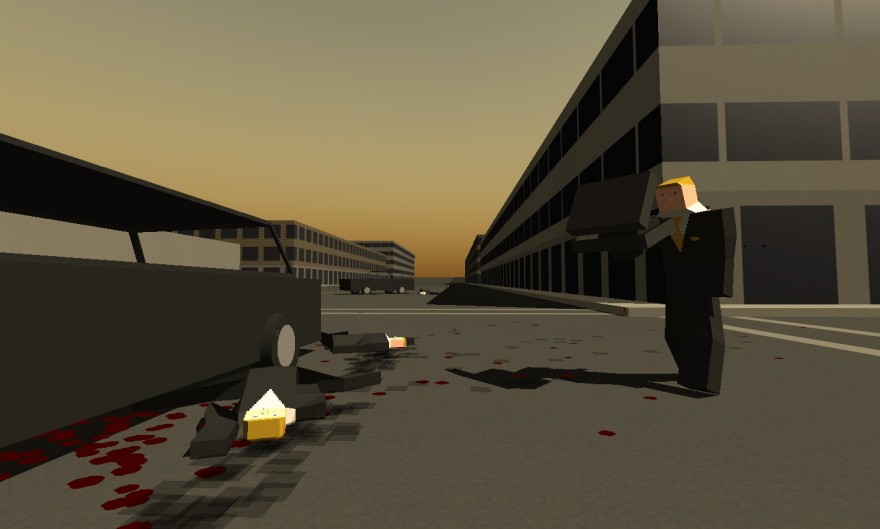 Cryptic Sea’s upcoming shooter is described by the developers as “about tense deals, double-crosses and car chases.” Car chases and gunplay have been done to death, but what’s this about double-crossing?

Less of a shooter and more of a corporate warfare simulator, the game encourages you to be an all-around douchebag, backstabbing both players from other corporations as well as your friends in the pursuit of cash money, suits and flashy cars.

You’re able to set up a deal and do something like a simple empty briefcase scam, start a low-poly firefight, and once the lead stops flying, collect the rewards from the corpses.

Sub Rosa wants you to be that guy.

The connivery evokes Steve Buscemi’s Mr. Pink, whose guile comes to a head in the closing moments of Reservoir Dogs as he escapes the brutality that befalls the other characters, then flees with all the loot. His escape is short-lived, as the police assumedly catch him shortly afterwards.

Sub Rosa wants you to be that guy, except there are no cops to stop you from speeding off into the sunset with your ill-begotten spoils, only competing players. So don’t get caught, then buy a pair of expensive sunglasses for your jerk of an avatar and do it all over again, in style.

The game, which recently popped up on Steam and was “Greenlit” by the community, is slated for a 2015 release date on Mac, PC and Linux. The demo builds can also be downloaded from Cryptic Sea’s website.