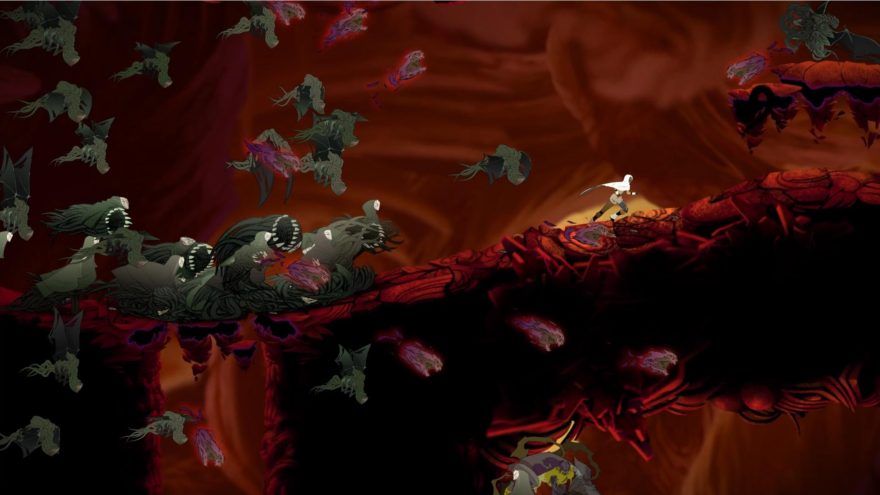 Thunder Lotus’s debut title was one of giants and gods, bringing North mythology to hand-drawn life in Jotun (2015). It was a title about scale, your shieldmaiden Thora often small against the sprawling landscapes, colossal architecture, and raging behemoths. Each enemy felled felt like a titanic victory, a true David-versus-Goliath moment born from your own skills and tenacity.

Now, the studio’s sophomore effort, Sundered, promises to transplants those incredible odds from the land of Yggdrasil and Jomugandr to a world of gothic horror and otherworldly evil. It’s due out in 2017 and, to mark the announcement, we have been bestowed a trailer.


Caverns of flesh and gristle. Gnarled architecture and looming statues. The world of Sundered is deep within a subterranean hell, where eldritch monstrosities lurk and a warrior can easily be forever lost in shifting tunnels. While the detailed and smoothly-animated hand-drawn aesthetic remains, Sundered has eschewed its predecessor’s isometric camera and different realms in favor of side-scrolling traversal through a procedurally-generated interconnected map.

Caverns of flesh and gristle

Much like Jotun, your greatest foes will tower over your wandering warrior, beasts armed with metal limbs that unleash projectiles and beams of hellfire. But a more insidious threat roams in Sundered‘s procedural tunnels, tentacled creatures that swarm upon the player in unpredictable patterns that encourage you to explore cautiously and react on the fly.

Sundered is slated to release on Windows, Mac, Linux, and PS4 in 2017. For more details on the game and developer, you can visit their site here.