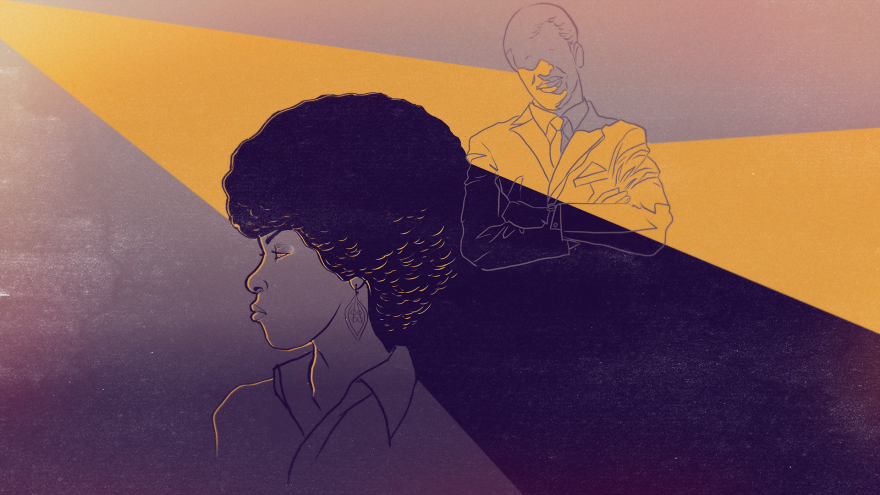 If Tale of Tales’ Sunset has any prior parallels, it is to Manuel Puig’s Kiss of the Spider Woman. Set in 1970s Argentina, the novel is mostly concerned with two prisoners during the tumultuous period known as the Dirty War, where the military “disappeared” thousands of people under the guise of fighting socialism. The story is relatively simple: in a Buenos Aires prison, Luis Molina entertains his cellmate Valentín Arregui by recounting the plots of various fantastic films. But the novel’s draw is its dark aesthetic—the lack of a narrative voice creates a sense of lightlessness belied by the dialogue between the two characters—and the way in which art simultaneously triumphs over and tragically falls victim to the tyranny of an autocratic regime. The latter is an old theme made singularly beautiful by the former’s style. The same might be said of Sunset, with its overpowering, incandescent sunset and the slow fade towards shadows and night.

Sunset takes place over the span of a single year in the fictional South American country of Anchuria, after a military coup has installed Generallisimo Miraflores as the country’s president and a populist revolt is established in response. Unfortunately, the majority of the population—including two of the game’s characters, an African-American engineer-turned-housekeeper named Angela Burnes and her employer, a wealthy art collector named Gabriel Ortega—are caught in the middle of this budding civil war. The third character in this story is the apartment that serves as the game’s stage: a massive, modernist penthouse that constantly changes as paintings, books, furniture, and statues are added or removed while flowers bloom, glass breaks, and the tendrils of a desperate regime reach their way inside to disturb both the building and its inhabitants.

Once a week, Angela enters the apartment to complete a list of tasks left for her by Ortega, which include expected duties (washing windows, mopping floors) and unexpected ones (painting a wall, hanging pictures). The player is given an in-game hour to complete this list, perform extra tasks, do nothing, or sit in a canvas-covered armchair—mark the material—and allow Angela’s mind to wander. Most of these tasks give the player a surprising degree of control over the apartment, making it as much Angela’s as it is Ortega’s, and transforming mere cleaning into curation. More than any other character, the penthouse wears the game’s story on its walls and floors, as the choices the player makes regarding its appearance serve to define the apartment’s aesthetic.

At first, these decisions are related to tasks keeping with Angela’s role as a housekeeper: how do you clean the floors, hang a few pictures, or polish shoes? The choice lies not merely in choosing to perform these tasks, for the game offers two options for every chore: warm and cool, with corresponding colors of orange and blue. Performing a task in a warm fashion adds flavor and verve, while a cooler attitude merely fulfills the letter of the law; when cleaning the bar, choosing blue means merely cleaning glasses while picking orange has Angela make herself a drink before tidying up. Eventually, notes from Ortega can be answered in a similar fashion, along with the aforementioned curatorial decisions regarding the apartment’s decorations.

when the only choices one can make are small, they matter.

But as the story progresses and the civil war becomes inescapable, these choices begin to shift from expressions of personal flair to reactions to the conflict outside. The orange responses to Ortega’s notes evolve from friendliness to flirtation and eventually romance; the colder ones become increasingly revolutionary in tone, dismissive of his interest in abstract art in favor of the people on the streets. As the game goes on, these choices begin to reflect the question of whether art is defined by a social purpose or a purely aesthetic one. Angela would have us lean in the former direction—she repeatedly criticizes the presumed cost and aesthetics of particularly outré pieces, asking how many mouths the work’s sale could feed—but it is hard to take her viewpoint as the game’s when Sunset is itself so singular.

This aesthetic debate serves as Sunset’s core conflict. By retreating into a warm romance with Ortega, Angela pursues both the same love of beauty and detachment from the world that Ortega finds in his galleries, his books, and the variety of paintings and sculptures that adorn his walls. But by waving the revolution’s flag, Angela mirrors Miraflores—who turns opera houses into armories—and her rebel brother, who bombs these same buildings. The decision to sit at a piano and practice either a traditional folk song or a revolutionary march is not as simple as it might look: either option, though accomplishing little, signifies much about the side the player is most sympathetic towards.

Indeed, Sunset is defined by the many tiny, almost petty decisions available to the player. But, to paraphrase Anthony Hopkins in The Lion in Winter, when the only choices one can make are small, they matter. The game’s real drama is internal as, similar to the spirit of This War of Mine, it tries to capture the difficulty of living meaningfully as a noncombatant. Though your decisions remain quotidian, they are invested with the significance of any reaction to a crisis. Do you try to participate in a cause you believe in, despite your own smallness? Do you testify to the power of love and kindness in an unkind situation? The smallness of both the apartment and the decisions available place Angela’s beliefs and actions under the lense of a microscope, as we are left to act according to our principles. At times, the contrast between Angela’s monologues and the decisions the player makes can seem irreconcilable, thereby severing the connection the romantic player might feel with the revolutionary protagonist. But if this is a misstep on Tale of Tales’ part, then it is one done in service to the creation of a complex, multi-faceted character.

the question of whether art is defined by a social purpose or a purely aesthetic one.

Of course, other contrasts are frequently touched upon: Angela resents the distance from the revolution that Ortega is afforded by his wealth and status; being a black woman from Baltimore in 1960s, she can personally attest to the world’s cruelty and turmoil. When a bomb goes off outside the apartment, she is reminded of similar attacks from her youth: “Growing up was the same. Always homes or churches in black neighborhoods.” And surrounding this dynamic of contrasts is a dense cloud of details whose meanings hover tantalizingly out of reach. What is, for example, the significance behind the references to different Saints and their Feasts? Or the statues that depict the labors of Hercules? Or that of the cycle of songs by the fictional composer Luis Priato? In short, there is an almost novelistic weight to the details that describe this game, and the parsing of these elements gives the game an uncommon richness.

Though Sunset delights in its complexity, it offers no answers to the friction that results from the intersection of its contrasts. The game consciously places itself at the liminal moment between two points: pure aesthetics and social commitment, wealth and poverty, night and day. Each appointment at the apartment is a break from the violence of the revolution, even as the sound of gunfire and explosions trickles in from the outside. Ultimately, the game hangs like a pendulum, waiting for the player’s hand to send it this way or that, to pass through the darkness of civil war, and cast their own meaning—like sunlight—upon the action.