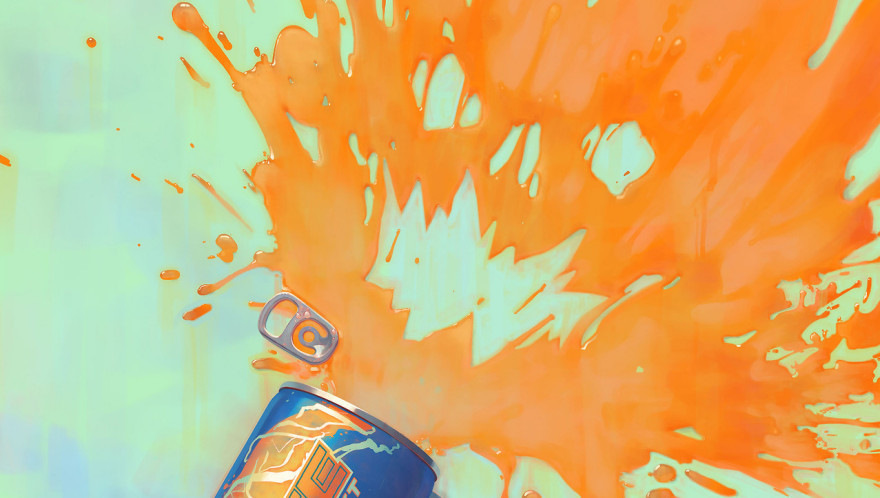 Defining a subculture feels like a fool’s errand because everyone hoofs a different trail to join one. When it comes to punk, though, the best summation I’ve seen comes from The Economist: “The point … is to flout convention.” Somehow, the origins of that particular interpretation—a stuffy British political weekly—are extremely fitting.

But as subcultures rise in prominence and gain more popularity, they inevitably open themselves up to be co-opted, radically reimagined, eventually rebooted, or discarded altogether. Chuck that into that mix the fact that different geographical regions can have their own interpretations (Ramones vs. the Sex Pistols) which raises a lot of exciting questions or constraints on a subculture’s criteria in our endless pursuit of clinically dissecting and classifying things so we know how to properly contextualize and appreciate them. In other words, as punk continues to grow and change, what’s more up for grabs is asking:

Let’s lob one more question on: Why was The Economist writing about punk in 2013? Because the Met was debuting PUNK: Chaos to Couture, “[an examination] of punk’s impact on high fashion from the movement’s birth in the early 1970s through its continuing influence today.”

But it’s a flawed premise. As The Economist says, “Doing punk through the clothes is like trying to do hippiedom with peace symbols … punk was always more than a fashion statement.”

Sunset Overdrive makes that same fatal error in misinterpreting punk and distilling it down into a videogame.

In Sunset Overdrive, you play as a shat-upon janitor, the lowest totem in mega-corporation FizzCo—manufacturers of irradiated energy drinks and other extreme products meant to keep the masses on their asses chugging and consuming. The company has a big ol’ PR blunder when the unveiling of its newest beverage, OverCharge Delirium, results in drinkers being transformed into wart-riddled orange monsters. Rather than aid its victims, the big evil company uses its considerable resources to quarantine the town of Sunset City, leaving you and a handful of survivors to fend for yourselves against the monsters it created.

This is all a narrative setup of getting you into the mindset, vaguely, of what punk is about. Hate the corporations. Fight the power. So forth.

But upon meeting your first fellow survivor, things start to feel tonally confused. Sunset City is a vibrant, bright place, and so maybe that’s why you’re given an optimistic take on your circumstances. I’m paraphrasing here, but what he basically tells you is: “This is not the apocalypse. This is the awesomepocalypse: We can do anything we want!”

In a sense, that’s an intriguing notion for a post-apocalyptic open-world game. You play as a wage-slave loser who suddenly finds him- or herself trying to rebuild along with everyone else. The monsters the soda company bred effectively ushered in a great equalizer for the citizens of Sunset City. Everyone’s equally fucked, so everyone’s rebuilding together, right? But Sunset Overdrive misses its own thesis and in practically the same breath, said NPC proceeds to lock into “oh yeah, but this is a videogame” and urges you to go to location X and do task Y.  Sunset Overdrive wants us to believe that following conventions equals flouting them.

Granted, genres have their clichés. This location-X-task-Y mission is largely what we expect to do in a big, open-world game. But you spend so much of your time in Sunset Overdrive following orders and being subservient to others that it misses the point of what it is to be punk. What could have been gaming’s equivalent to the fantastically satirical Futurama—in the pilot, delivery boy Fry awakes from a 1,000-year cryogenic slumber to ultimately decide to be a delivery boy again—is instead, sadly, just another open-world game.

Sunset Overdrive misses its own thesis

That’s what is most heartbreaking about Sunset Overdrive: it is predictably flawed. You can’t act like you’re all about flouting conventions when you cling to Assassin’s Creed’s collectibles, Crackdown’s athletic side missions, Borderlands‘ armory goofiness, Red Dead’s weapon-select wheel, etc., etc., etc. And you certainly can’t get away with it by making fun of the fact that Sunset Overdrive is a videogame.

The way in for reinvention, per punk’s compass, is by receding and reacting. For example, consider The Ramones’ tweaks on rock’s conventions. Brutally simplistic, the band forwent solos or even bothering to learn how to play their instruments. They had passion, they were ugly, and they let those be their guiding stars, alongside the same haircut, name, and three chords for their entire career. “Blitzkreig Bop” rules because it smacks of simplicity, taking a scythe to the wheatfield seeded by the lavish glam-pop of David Bowie’s Ziggy Stardust or the New York Dolls in the few years preceding it. Games can learn a lot from this sort of evolving trajectory.

The last thing a big-studio game needs is excess—that’s too obvious. But, again, Sunset Overdrive doesn’t ponder such possibilities. It’s confused. It doesn’t know whether to flout conventions or just sarcastically point them out, which means nothing if you comply and adhere to them.

This confused sneering runs the gamut from your character literally being named Player to an obnoxious narrator halting the action to announce your achievements or walk you through its convoluted traps and buffs system. Yes, the game will stop the game to call attention to the fact that you’re playing a game.

What’s more, Sunset Overdrive is lying. You have to buy its ticket and take its ride—perhaps being one of the most confining open-world games I’ve ever played. For example, take its combat. To call attention to its grinding and bouncing system—think Tony Hawk meets Grand Theft Auto—you are up shit’s creek in this skatepark if you want to fight enemies on your own terms. You can’t run and gun on the ground. You’ll be murdered instantly. Granted, there is little penalty for death in Sunset (in many cases, I found myself dying and still jumping ahead in mission progress), but to blast the zombies you must grind on rails or bounce on car hoods while building up your combo meter and, oh yeah, struggling to aim. Yes, we get it. It’s more extreme. But it’s also another variation on the confused theme. If I can do anything I want to in this supposed utopia, why can’t I do anything I actually want to?

For what it stands for, though, Sunset Overdrive is a quieting hint at possibilities. The fact that punk ethos can be considered relevant to discussing a videogame of this scale is, honestly, something of a success. The issue is that as a videogame, it feels it has to understand culture in terms of other games—a symptom of the audience around and creators of games typically functioning as monoculture. They think games is all there is, so that’s the gray prism that’s projected. There’s a faint splash of some color in Sunset Overdrive attempting to do punk right.

Games—software—typically just don’t collide with this sort of way of thinking. Creating software of any magnitude is an intensely detail-oriented process. It requires meticulous work that quashes any possible mistakes. Bugs. Glitches. Punk isn’t about any of that. It’s about embracing those mistakes and cold-shouldering any instinct of trying to impress anybody. Doing something different. Saying “fuck you” to the tried and true.

What disappoints about Sunset Overdrive is it’s too busy sneering at “the man” of giant corporations that it forgets it was made by one. It isn’t the designers’ fault that products of this magnitude have to play it safe. It is their fault that it is simply tone deaf when it comes to being punk.

What Sunset Overdrive was shooting for was punk. Where it landed was mallternative.