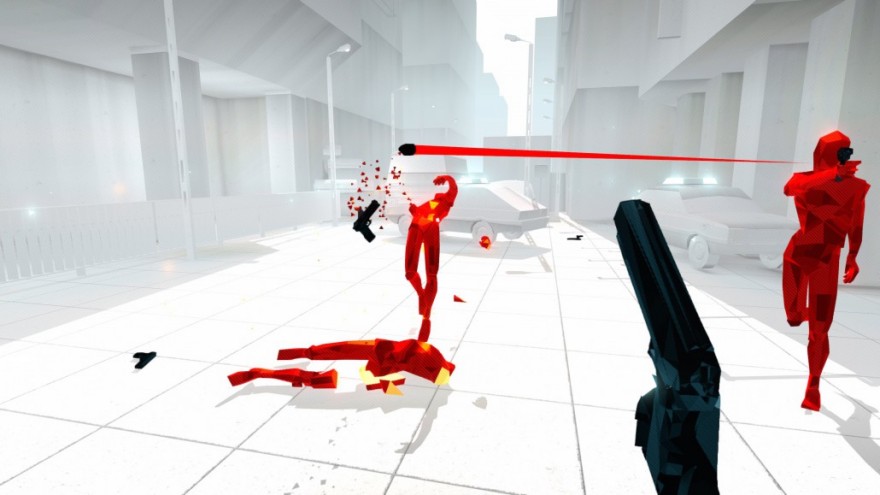 The wait for SUPERHOT is over.

With a newly announced release date of February 25th, the high-contrast, low-poly fever dreams of the Poland-based Superhot Team are only a few weeks away. A teaser trailer that accompanied the announcement shows these highly-stylized bullet hallucinations in action. While the “time only moves when you do” mechanic gives SUPERHOT the complexion of a puzzle game, it’s the frenzied, John Woo-inspired combat that’s center stage in the new trailer.

But behind the brief and seamless action of this last look before launch lies a longer road to development. What was originally born of a seven-day game jam event in 2013 became a full-fledged Kickstarter the following year. Maxing out at two-and-a-half times its early funding goal of $100,000, the team left a trail of screenshots and GIFs for backers to follow in the months that followed, culminating in the game’s closed beta last fall.

The game has come a long way since its first browser-based prototype, a journey that seems to mirror the game itself. As the idiosyncratic challenges of each level reveal themselves, players progress in fits and starts, adjusting their approach with every new failure. What begins as a process of trial and error eventually grows into something more natural and choreographed: a ballet of bullets and katanas that beautifully masks all the effort and struggle that went into creating it.

SUPERHOT should make its console debut on the Xbox One in March. You can find more information on the game here.