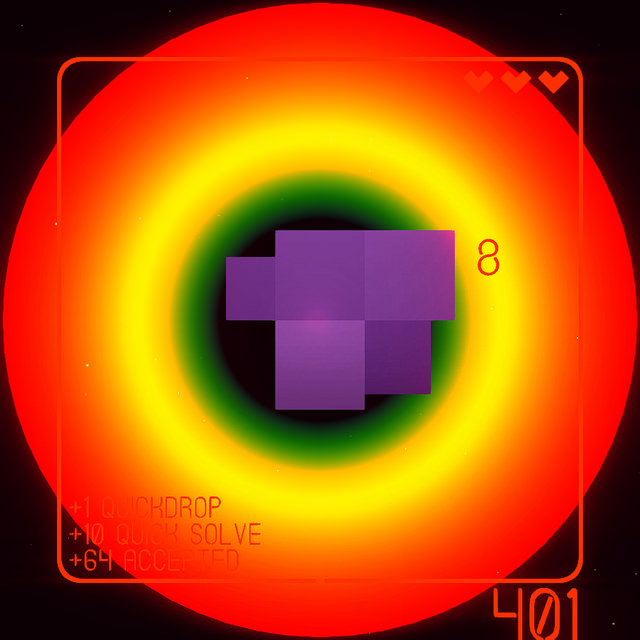 Very few games are telekinesis-friendly. Sure, you use your mind to move objects, but there is always a visible intermediary. Even the illusion of psychic ability cannot survive in most games.

SUPERHYPERCUBE, which has been in development since 2008, offers the promise of telekinetic Tetris. Since its original version, the game has promised to use 3D-depth to maximize and enliven the challenge of fitting blocks into walls. In earlier iterations, this was to be achieved through more traditional stereoscopy—the blue and red glasses variety. With the rise of virtual reality (VR), the game appears to have plumbed new depths, and in a good way. In a trailer and accompanying blog post released for E3, SUPERHYPERCUBE’s creators revealed that the game is now headed for PlayStation’s Morpheus VR headset, which will allow players to view puzzles from different angles simply by moving their head.

The problem with stereoscopy, as it is often derided for, is that it’s a means of dimming otherwise compelling images. (Here’s looking at you, Mark Kermode.) Indeed, an earlier version of SUPERHYPERCUBE was rendered in grey-scale and that’s when it apparently achieved the “best and … cleanest 3D effect.” While that may be true, in PlayStation’s blog post, Nick Suttner claims that the move to the Morpheus has allowed SUPERHYPERCUBE’s developers to bring back the color. Indeed, the preview images and video are rendered in bright neons. If everything works as promised—this is always a big “if” with 3D—SUPERHYPERCUBE will be as if a brighter, psychedelic version of Last Voyage.

There’s an added level of absurdity to trailers for VR games.

Speaking of that “if”, what is there to be made of SUPERHYPERCUBE’s trailer, or any VR trailer for that matter? Trailers always obscure functionality, but there’s an added level of absurdity to trailers for VR games. The real question here is not aesthetic, but whether the spatial orientation and precision the game promises is real. That is a question no YouTube video can answer. SUPERHYPERCUBE is slated to come out next year. Until someone gets a chance to try it with Morpheus, all that can be said is that it certainly looks appealing.