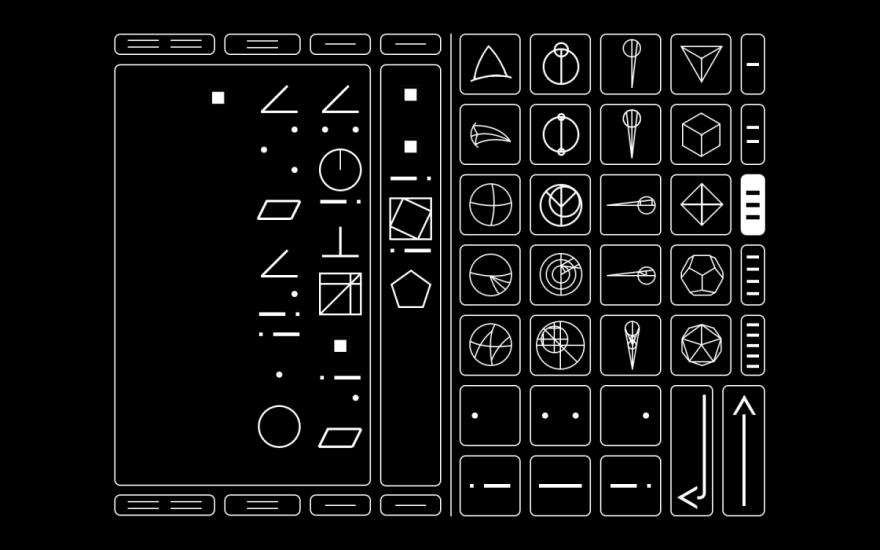 Sethian is a game that positions you as an archaeologist of the future tasked with learning an alien language. You do this so you can investigate the disappearances of people on the planet Sethian—where the language originates. Learning a whole other language might sound pretty imposing, but the creator of Sethian, Grant Kuning, has done a pretty bang-up job of making the game fairly accessible.

You sit in front of an alien computer, able to ask it questions to help with your study, starting with only the basics of the language as picked up by previous archaeologists. This is provided to you through the hand-written notes and the dictionary inside of a journal. The journal comprises over 100 pages in total, but these are unlocked steadily rather than overwhelming you en masse so that you steadily pick up on what each of the linguistic symbols mean.


It’s enough for you to enter the first few basic questions—”What are you?” and “Where is this place?”—but after that you’ll have to start experimenting with combinations of symbols to form sentences by yourself. When it gets to that point you should find yourself surprisingly up to the challenge. You’ll be able to investigate several topics of interest at a time, slowly piecing together the Sethian culture, as well as the language as you interrogate its speakers.

a complex system of symbols to represent the meanings of words

Kuning decided to make Sethian after studying Chinese for three years (and teaching English over in China). The similarities between the fictitious language in Sethian and Chinese are that they both use a complex system of symbols to represent the meanings of words. This differs to, say, the English language, which uses an alphabet to write down pronunciation rather than meaning in its written form. Kuning’s language also borrows from other forms such as American sign language.

Kuning explains that the Sethian language in the game “uses a series of 100 unique symbols to represent each of the language’s 100 roots.” Each one of these roots represents a word by itself but they can also be combined to form new words. This is true in other languages, too, as Kuning demonstrates: “you know what a foot is, you know what a ball is, and together they make a new word, football, Here’s another: ‘no’ + ‘where’ = ‘nowhere’. Now here’s an example in Chinese: 酒 means alcohol, and 杯 means cup, but a 酒杯 is a wine glass. This kind of thing is actually even more common in Chinese than it is in English.”

As to the symbols themselves, Kuning took directly from ancient geometry, inspired by the messages drawn up by Carl Sagan for the Pioneer spacecrafts. Sagan’s goal was to provide a message that could be understood by intelligent alien life by using mathematical and scientific information. And so the Sethian language follows the same approach, comprised of basic shapes, lines, and dots.

If you are turned off by learning an another language as it seems hard then you should give Sethian a go. It might prove easier than you think, not just because it comes with a tutorial, but also due to its limited scope. As Kuning explains, Sethian hasn’t developed any of the strange quirks and irregularities of real languages, evolved through generations of speakers. Nor do you need to worry about being able to sound it out vocally as the game is text only. “By making something up, I can create a language that plays by all its own rules, and keep those rules short and sweet,” Kuning said.

You can purchase Sethian on Steam and itch.io. Find out more about it on its website.