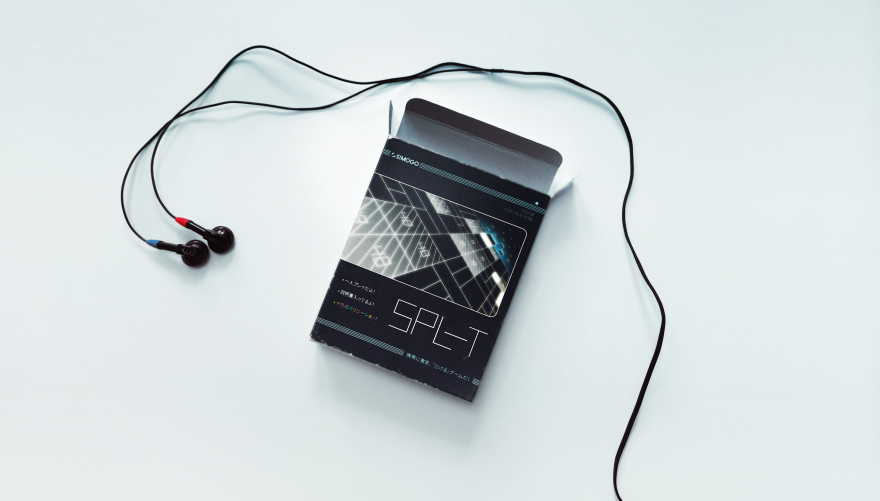 SPL-T isn’t what you’d expect from Simogo. Sure, the studio has certainly delved into puzzles before. You could even say puzzles are a staple of Simogo’s house style as some of its best games included particularly memorable ones: Beat Sneak Bandit, DEVICE 6, and Year Walk especially. But the Swedish pair have never made a “pure puzzle game.” This is how Simon Flesser (the “Sim” in Simogo) describes SPL-T. “‘It’s just you and the game’ was a phrase we kept coming back to, and we didn’t want to compromise on that ever,” he tells me.

“We wanted a quiet game”

To this end, everything about SPL-T is austere, stripped back, minimal. You can see this in the monochrome graphics (which, it turns out, aren’t entirely black-and-white). You can hear it in the sounds, which consist entirely of the same short square sample tweaked to different pitches. And as to the challenge, you only have to continuously tap the screen to split it into increasingly smaller boxes. You score points for each split as well as having four equal-sized boxes adjacent to each other that will, eventually, explode and restore blank space. You lose when there are no more splits possible.

There’s none of what you might recognize as Simogo’s flair here. Perhaps you’ve seen it in the forgotten islands of The Sailor’s Dream or the dark phantasmal woods of Year Walk. SPL-T, on the other hand, only has a little dancing character at the top of the screen that demonstrates with its arms whether the next split you make will be horizontal or vertical. Where are those scrolling Simogo landscapes for which we yearn? But then Flesser said something that inserted SPL-T into the spectrum of Simogo’s vogue. “We wanted a quiet game, a game that only had its gameplay to offer,” he told me. “No rewards, no telling you to share your score, no unlocks or messages that would pop up and distract you.”

Yes, SPL-T is a quiet game. It doesn’t have the impatient faces of popular mobile puzzler Threes!, for example, which nag at you for being idle. It doesn’t even have leaderboards, online or otherwise—Flesser argues that without them SPL-T “is more social, as it invites conversation and leads to discussions on how to master the game and build strategies.” This omission is part of trying to challenge typical conceptions of what videogames must have. Similarly, Flesser says that SPL-T, the whole game at large, is Simogo eschewing expectations, and instead making what its creative pair wanted to.

You may have also noticed that Simogo has released SPL-T rather suddenly and without warning. For their previous games, the pair has specialized in drawn-out teases, showing fragments of images and written lines pulled from the game. But SPL-T is an experiment in mixing everything up. And so it seemed only fitting to launch SPL-T with no teasing at all. “Our hope is that people will be pleasantly surprised that they can check it out immediately,” Flesser said. And so you can.

SPL-T is available to purchase on the App Store right now.