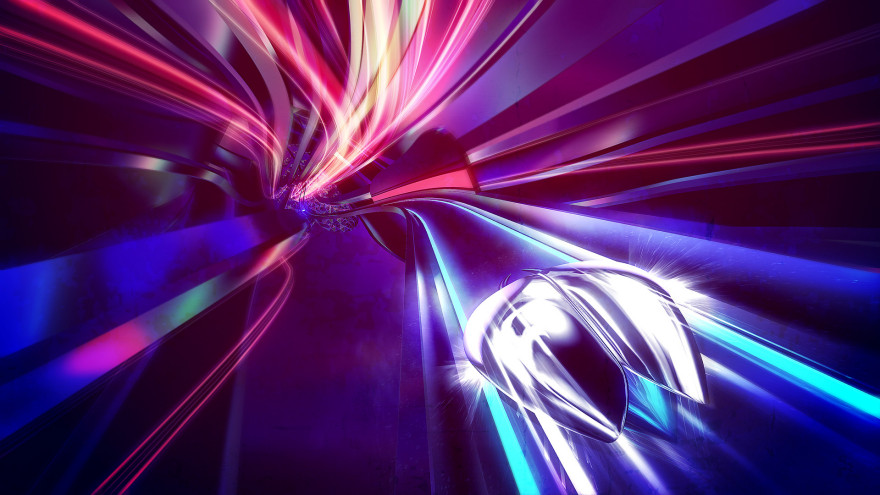 Originally scheduled to release on October 13, it appears the team at Drool decided to say, “To Hell with schedules,” and release Thumper a few days early for PlayStation VR, PlayStation 4, itch.io and Steam.

For the uninitiated, Thumper is an insane “rhythm violence” game that puts players in control of a chrome beetle, firing down its track at breakneck speeds, all the while fighting metal leviathans blocking its way. It’s bright, intense, and kind of hard to stare at, looking less like a game and more like a Hajime Sorayama painting from a neon Hell.

“can’t even describe it to someone else”

When we talked to Drool’s Brian Gibson about his game earlier this year at GDC, he told us he wants the game to be akin to a fever dream, “where you take off the gear, wake up, and can’t even describe it to someone else.” To be honest, I’ve only seen the game in trailers and I have difficulty describing it to other people, so it looks like Drool is on the right path.

As to those who have played it on the Kill Screen team, they’ve had a tough time discerning how much of a rhythm game Thumper is, being that it takes more from noise music than anything even slightly rhythmic. It’s also apparently hellbent on punishing mistakes from the get-go—feeling more like the harshest Skinner box created than PaRappa the Rapper (1996). There’s also mention of “tentacles,” “hard corners,” and several appraisals of its Robert Beatty-esque aesthetic, who, it turns out, also created the artwork for the vinyl soundtrack.

Thumper is out now. You can find out more about it on its website.