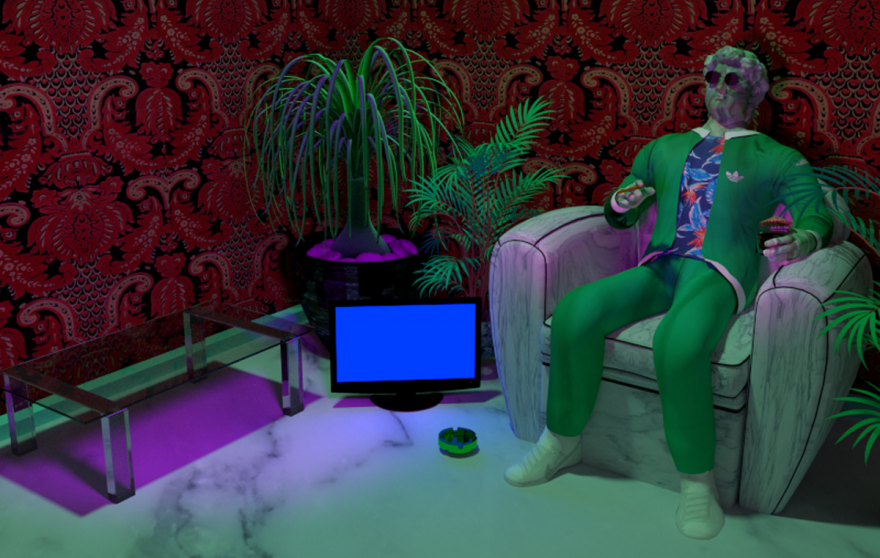 Can an album also be a videogame? Last year, chiptune artist George & Jonathan did it, with an interactive experience for their synth-pumping, hyper-colorful third album III. So did pop producer bo en, curating his own interactive accompaniment to his debut pale machine with a host of mini-games based on songs from the record, which notably included a collaboration with Arcane Kids’s Ben Esposito.

Vancouver-based musician Jade Statues’ new album, Executive Towers, follows this videogame-album trend, the game itself programmed by first-time developer daffodil. Jade Statues dreamed up the concept for the dual videogame-album approach to his official Dream Catalogue netlabel debut, and takes the modern trend a step further with a more cohesive collaboration between the mediums. 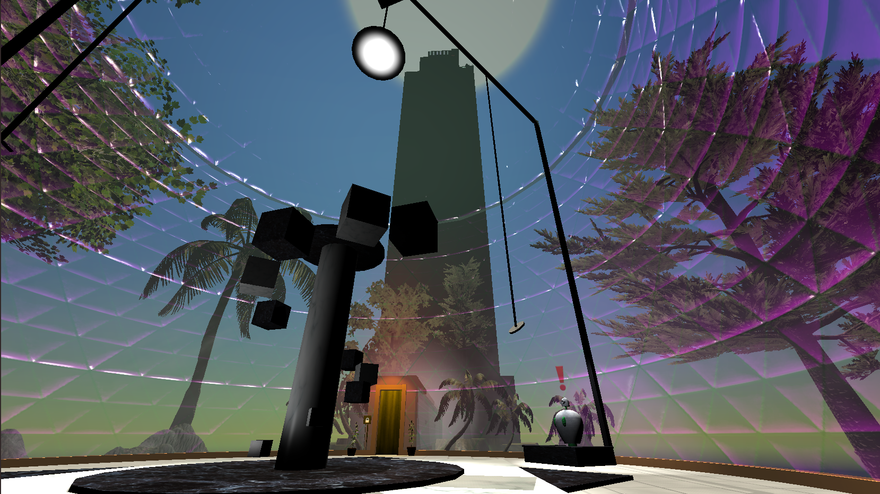 The game itself, and overall concept for the album that accompanies it, was inspired by Asmik Ace Entertainment artist Hiroko Nishikawa’s cult classic LSD: Dream Emulator, a surreal exploration game for the Playstation based on Nishikawa’s very own “dream journal.” The game has garnered a cult following ever since its Japan-only release in 1998, and even got a fan-made remake in 2014. People who have played that game will recognize its alien signature in Executive Towers, both visually and through the soundtrack’s ambient whines. Even as you greet a Japanese-speaking armless secretary that bears a striking resemblance to the robot from Hayao Miyazaki’s Laputa: Castle in the Sky.

A cohesive collaboration between two mediums

The verbiage for the game’s description seems to beg us to know that this is an album first, and a game second. Daffodil’s itch.io description urges players to “apply for a high paying VIP position in the official game of the album.”

Pay what you want for Executive Towers on daffodil’s itch.io.