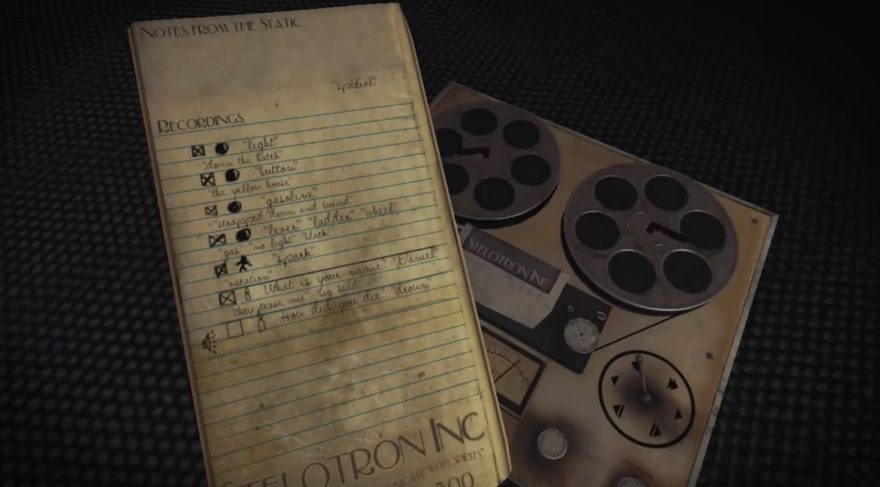 Can you hear it? The moans in the static. Yes, it’s unmistakable. It’s saying the esoteric, analog-horror game Sylvio is ghosting its way to PlayStation 4 and Xbox One this week, on Friday the 13th to be precise. Weird message to pick up on an oscilloscope, that.

It’s not quite the original version of Sylvio that we praised so lavishly back in 2015, but a remastered version that is heading to consoles—the tweaks and improvements have already rolled out on the Steam version of the game. The changes include the ability to revisit areas in the game, better hand animations (you spend a lot of time staring at hands), optimized levels, and a smoother experience overall.

combing through eerie sounds from beyond the grave

The rest of Sylvio should remain as it was: the same off-kilter frictions, the same obscuring fog, the same screeching spirits. If you don’t know, the game puts you in the role of ghost hunter Juliette Waters, who tracks down shades, pelts them with iron nails to extinguish them, and then records the buzzing static they leave behind.


The reason to play the game is for the scenes that have you combing through eerie sounds from beyond the grave. You scrub audio reels to pick out words from the ghostly lamentations that Juliette then jots down with a pen on paper. The use of audio throughout to create unsettling what-was-that moments is, in fact, what puts Sylvio on a pedestal. It demands that you listen close, to eavesdrop on the sounds that dislodge your safety, to push your face into the horror.

As we said in our review: “Sylvio is a game of analog textures rubbing each other raw: the hiss of a tape machine, the snap of a lit match. It blows up the oppressive murk of Silent Hill 3’s Lakeside Amusement Park to massive size, choking the player with hazy terror.”

Find out more about Sylvio on its website and Steam page.