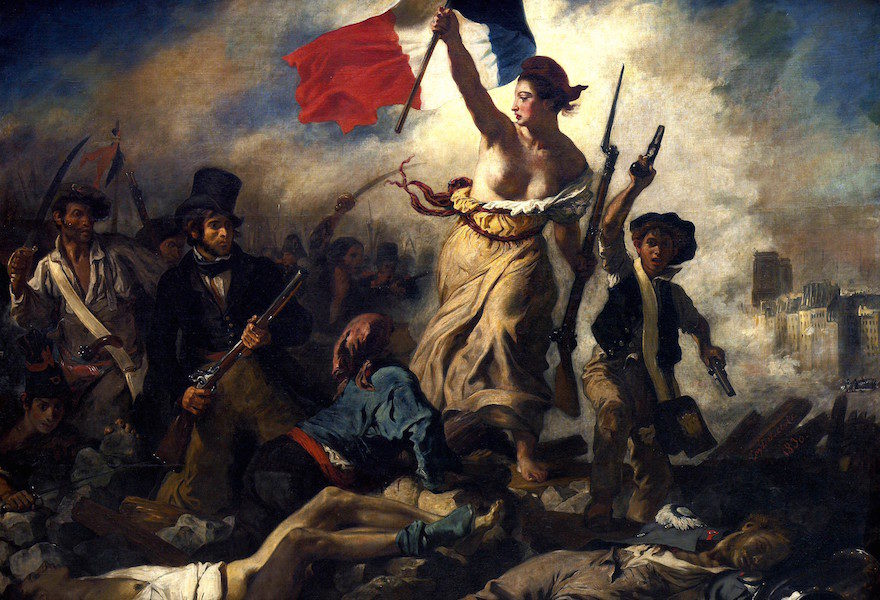 Revolution is a big word these days. We’re hearing about it a lot on social media, on all things, but its use in modern times is always tinged with the recent memory of the Arab Spring, and before it the color revolutions and aftereffects of the Revolutions of 1989. Now it has crept into American politics with the 2016 election season. Nicky Case, who has previously worked with systems thinking, recently blogged about their attempt to dissect what actually happens in revolutions, through systems thinking.

These outcomes would be revolutionary if they were possible

The word “revolution” has been widely used in this election by supporters of both democratic-socialist candidate Bernie Sanders and reality TV star/Republican nominee Donald Trump. The idea behind that is that if Sanders was elected, the US would have backpedaled from its love affair with capitalism and done something about student loan debt, while if Donald Trump is elected the government will turn into a cosmic force capable of disregarding a Congress that hates him and start building border walls and shit, hastening our transformation into the world of The Hunger Games (2008). Both of those outcomes would be revolutionary—if we go back to the dictionary definition of the word, as turning the country into a dystopian YA novel is technically “a dramatic change in the way something works”—if they were possible.

The operative word here is if. We have no idea what would have happened if Sanders had been elected, or what would happen in November if Hillary Clinton moves to the Bahamas and all of the third party candidates turn into birds. Maybe Trump could build a racist wall. Maybe Sanders could convince the American public that socialism isn’t a bad word. But I doubt it because, as Case stresses, that’s not really how revolutions work.

This is because political power isn’t linear. It may seem like the guy on top controls the guys below him who control all of us, but Case explains (with a great, loopy illustration) that it’s more complicated than that. The head honcho and all of his cronies, along with the systems they represent, act more like checks and balances to each other. For example, a President Trump would be checked by opposition in Congress, the realities of our military capacity, the fact that everyone hates him, and Mexico, who aren’t going to build his stupid wall. The revolution that he promises his supporters may still come—who knows what that guy could do—but it’s more likely that he’d be halted halfway there and the US would be thrown into political turmoil, as has happened to many a revolution before him.

Evolution is a slow metamorphosis of existing structures

So if we can’t fix the guy at the top, what do we do? Case’s answer to this is in the title of their blog post: “Evolution, Not Revolution.” Long story short, evolution may be dull compared to passion and revolution and justice, but it gets the job done and, more importantly, it doesn’t collapse. A whale’s blowhole doesn’t drop back down to its nose just because the guy who put it there wasn’t aware of the consequences of his decision. Evolution operates as a slow metamorphosis of existing structures, so even though it isn’t as immediately satisfying as electing Birdman to the White House might be, it has a lot more potential for sustainable, satisfying change.

Case goes into a lot more detail in their blog post, and breaks down the revolutionary evolution (trademark that) process down into concrete steps. You can read the whole thing here.