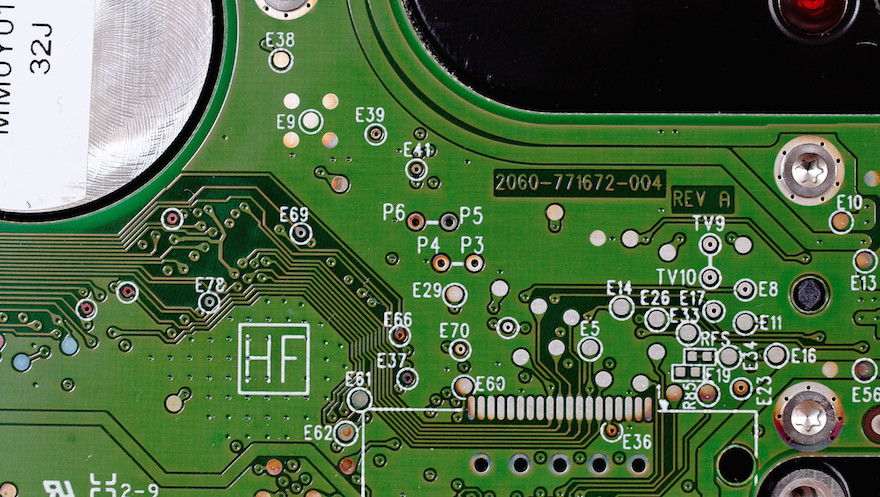 “They’re trolling me, right? They know how much I hate Oasis,” said Anthony Amato, at least according to his Cardboard Fortress Games design partner Nicole Kline, as she recounts the game jam that inspired RESISTOR_. The theme for the jam was song titles by the infamous British brothers Noel and Liam Gallagher, whose music repulsed Anthony so much that he felt personally affronted by the challenge, but he eventually accepted that organizers weren’t targeting him in particular. So he choked down some bile, chose the track “Roll it Over,” and stepped up to the plate. Hatred of Oasis can motivate great things, and, though it led Anthony and Nicole to a bleak setting of mutually assured nuclear annihilation, they emerged with a wild, tense, and merciless game of flipping over cards.

At first they were simply index cards with various criss-crossed lines drawn on both sides. Each player wants to connect the lines of their corresponding color while attempting to prevent their rival from doing the same by flipping, removing, and inserting cards into an ever-shrinking chain linking each player’s mainframe. Nicole says that the majority of RESISTOR_ organically evolved to its final incarnation, a simple premise that plays swift and inspires competitive bloodlust through a narrative of circuits and motherboards, CPUs and scan lines, and the 80’s Matthew Broderick cold war timepiece Wargames.

From there it’s been the classic Kickstarter story: small game by trusted developers is funded near instantly. Part of this success is because they’ve avoided getting too grand with stretch goals and reward tiers. “RESISTOR_ is done,” Nicole says, “so we kind of just want to get it to people as fast as we can. Even though backers have been asking for rewards, we’d rather not worry about coming up with a bunch of stuff we don’t really care about as much as the game itself.” This is my preferred Kickstarter project: more of a pre-order, less of a fingers-crossed promise of what may come where I get a million updates on minutia for three years before actually playing anything. The real reward is the kind of game that’s ready to go and easy to learn, play, and recommend, even while it busts braincells raw and stretches memory neurons taut.

Because more than just intersecting and intercepting wires, RESISTOR_ is about information retrieval and retention, so the theme of intrusion isn’t mere window dressing. The three possible moves are mandatory per turn so you’ll need to flex your head to remember which tarot-sized cards were beneficial to you on both sides. This becomes especially tricky when the game’s wild card makes appearances, the eponymous Resistor card. It creates a feedback loop which catastrophically resets the board and potentially heals one player, undermining everyone’s potential plans. Thus there’s no point in overly elaborate scheming; real console cowboys play it fast and loose.

RESISTOR_ was one of my favorite titles at PAX East, and judging by the crowds forming around each demo, I wasn’t alone. While Oasis initially caused Anthony and Nicole to daydream about nuclear apocalypse, the result is an inspired game of easily misremembered intersecting lines and fast-paced turnarounds of soap opera-level melodrama where fortune swings wildly between each side. But the best mainframes know that luck is just managing statistics and memory, and the games are quick and frantic enough to erase the sting of atomization or the tang of victory in search of the next challenger.

While the Kickstarter for RESISTOR_ has ended, information is still available here.