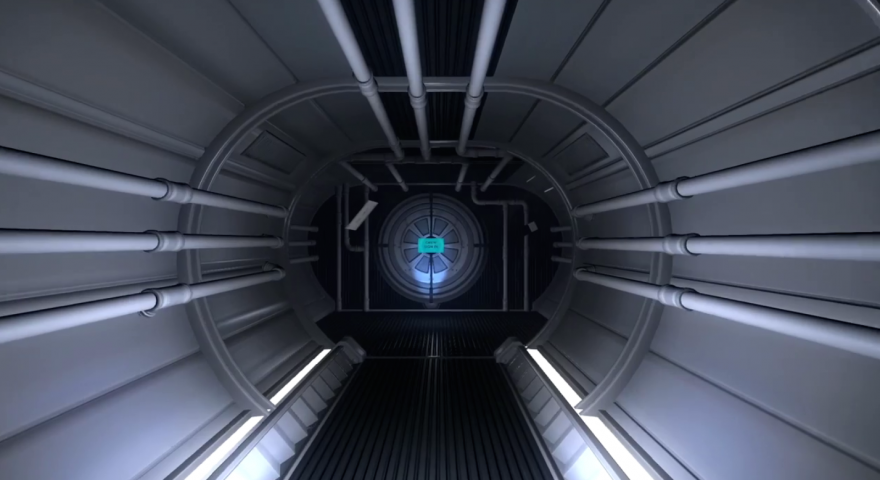 Ridley Scott’s Alien and Stanley Kubrick’s 2001: A Space Odyssey were perhaps two of the scariest movies that graced my childhood growing up. It all boils down to isolation in space: nowhere to go with a potential threat breathing down the protagonist’s neck. The Fullbright Company’s Tacoma: A Space Exploration seems to draw on these same characteristics. The trailer follows through the eyes of the protagonist, possibly named Amy Ferrier, as she travels through the corridors of the Lunar Transfer Station Tacoma, flying in zero-g and inputting American Sign Language passwords into the computer interface. Her voice echoes as she calls out for her crew, receiving a response from Odin, a seemingly distant relative of 2001‘s murderous AI Hal 9000.

It’s no surprise the game features some similarities to Fullbright’s 2013 interactive adventure Gone Home, complete with a female protagonist investigating different areas and objects to unravel the mystery behind her missing crew mates or family. The settings of each game—Gone Home‘s abandoned mansion and Tacoma‘s isolated space station—add a distinct, flavorful curiosity and creep-factor to the games, slightly reminiscent of Her Interactive’s point-and-click book-based detective series Nancy Drew. If the setting and the alleged loneliness wasn’t enough to make player’s feel a sense of foreboding, holograms of the crew are seemingly present throughout some of the gameplay, giving the sense that the player is walking amongst ghosts.

Tacoma is set to release on Xbox One and PC in 2016. Watch the announce trailer above or click here.