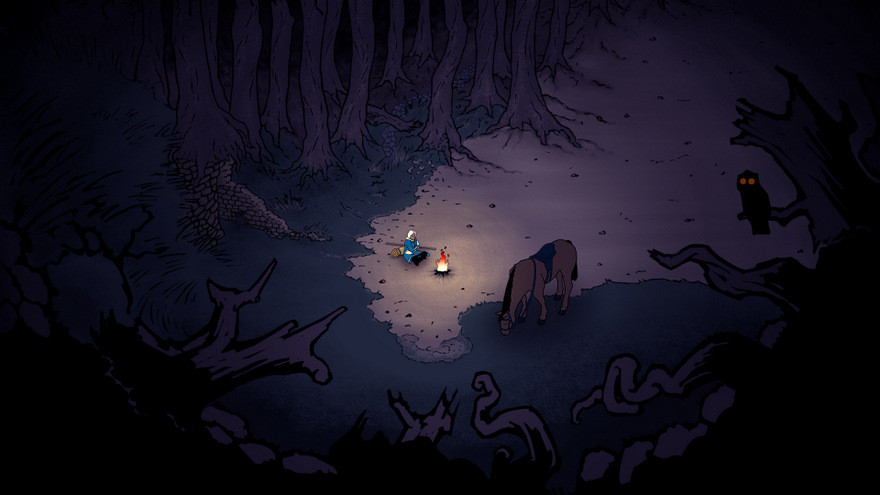 Even though Christopher Nolan’s high-concept films are becoming known as icons of improbability, there’s at least one good thing to say about Interstellar: its version of the apocalypse as inevitable environmental death feels eerily prescient. Regardless of the deeply political debate about the reality of climate change, the world at large seems ready at least to imagine the End as ecological disaster. Interstellar isn’t perfect, but the way that it harnesses this latent fear in its audience and leverages it into a movie about hope makes for an evocative vision of the future.

If you were looking for a game with access to that kind of emotional savvy, Tahira: Echoes of the Astral Empire is currently in development by Whale Hammer Games, and shares much with Interstellar’s central premise. In generations long past, the human race were adept and ambitious space travelers “roam[ing] the stars with impunity,” as Tahira narrates in the game’s trailer. The civilization (such as it is) that we encounter in the game was founded on a former outpost planet that is now—you guessed it—dying. Tahira tracks the journey of the game’s namesake as she goes from a princess who spurned her power to the leader of an army trying to once again reach the stars.

Tahira is being planned as an episodic story, with two seasons in the works, the first of which will consist of two episodes. Whale Hammer cites both Telltale and BioWare as influences here, and they say they’re committed to providing a narrative driven experience where decisions and progression that you make in each episode will affect the world of the next.

Trying to once again reach the stars.

According to the game’s Kickstarter page, the development of Tahira has been underway for about 18 months, with a significant amount of work already done on the gameplay systems, story, and art. Whale Hammer believes that their Kickstarter campaign will set them on track to fully release Tahira’s first episode in January of 2016. If you’re interested in backing or learning more about Tahira: Echoes of the Astral Empire, check out Whale Hammer’s Kickstarter here.