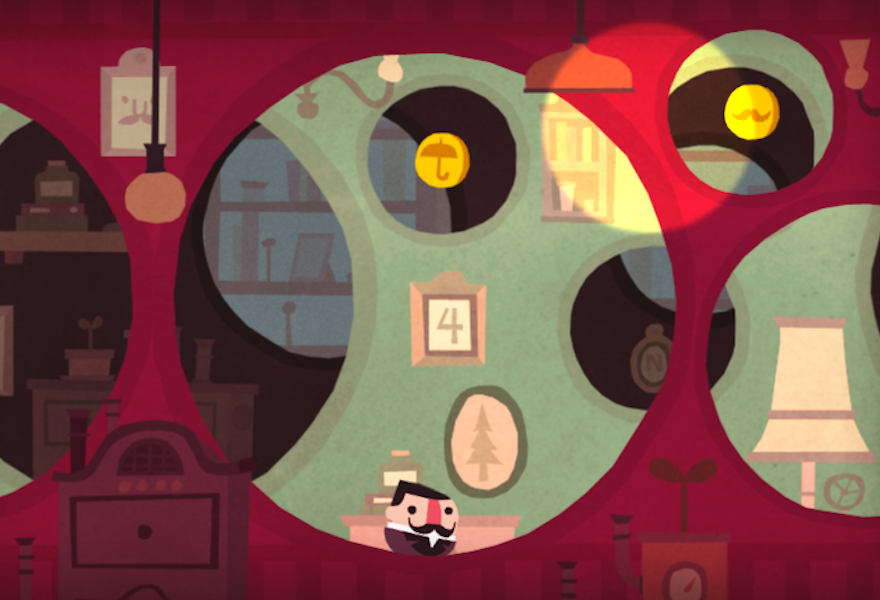 Recently made available for free over on their blog, Simogo’s Rollovski is adorable, clever, and unfortunately, only four levels long. The game, an unreleased prototype, stars a round, limbless detective of the same name, following him on his journey to infiltrate a strange hotel made up entirely of circular rooms. Along the way, players must avoid capture from spotlights and, like in the Sonic the Hedgehog series, build up enough speed to roll around the environment’s many loops. Unfortunately, like its ball-shaped main character, it was never quite able to get off the ground. 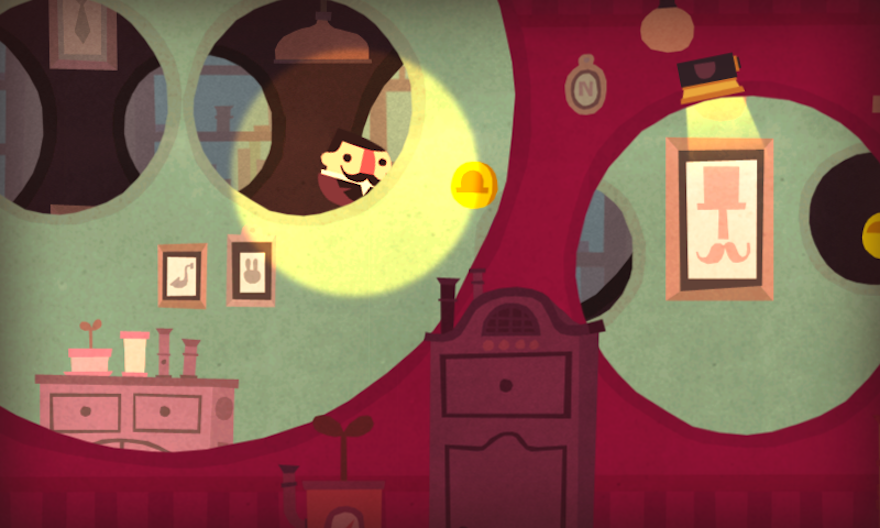 Rollovski‘s story begins in 2012, when shortly after releasing their iOS puzzle game Beat Sneak Bandit, Simogo began working on two prototypes. One would become their moody 2013 horror game Year Walk, while the other went through a number of iterations before being built. Concepts included ideas called The Great Ziorawski Acrobats, Common Sense Police, and My Triangle Friend, but the team eventually settled on Rollovski as their final choice, hoping to use it as a chance to work with the Nintendo 3DS.

As such, the prototype was built around two of the 3DS’ most prominent features: the stereoscopic screen, and the circle pad. With the stereoscopic screen, Simogo hoped to set the game across different layers of depth, having players jump from foreground to background across their journey. For the circle pad, meanwhile, they took inspiration from their previous title Bumpy Road (2011), using it to control the game’s environment rather than Rollovski himself. By moving the circle pad in their direction of choice, players could tilt the circular rooms around Rollovski, rolling him around with a 1:1 level of control.

Although Rollovski never made it past the prototyping phase, Simogo has now released the prototype for free on PC and Mac. Though it’s not quite a 3DS circle pad, players can control the game using either a keyboard or an Xbox 360 controller. Additionally, Simogo has released two 3D-capable screenshots which players can view on compatible devices. Finally, an excuse to actually use the 3D on my 3DS.

Because of its focus on bite-sized puzzles, colorful presentation, and portability, the team saw Rollovski as a sequel of sorts to Beat Sneak Bandit, which featured a similar design philosophy. Since then, Simogo has moved on to larger, more introspective narrative experiments like Year Walk and Device 6 (2013), but Rollovski is a delightful peek at the direction they might have taken if they had continued the more upbeat style they had developed with Bumpy Road and Beat Sneak Bandit.

You can learn more about Rollovski over on Simogo’s blog.